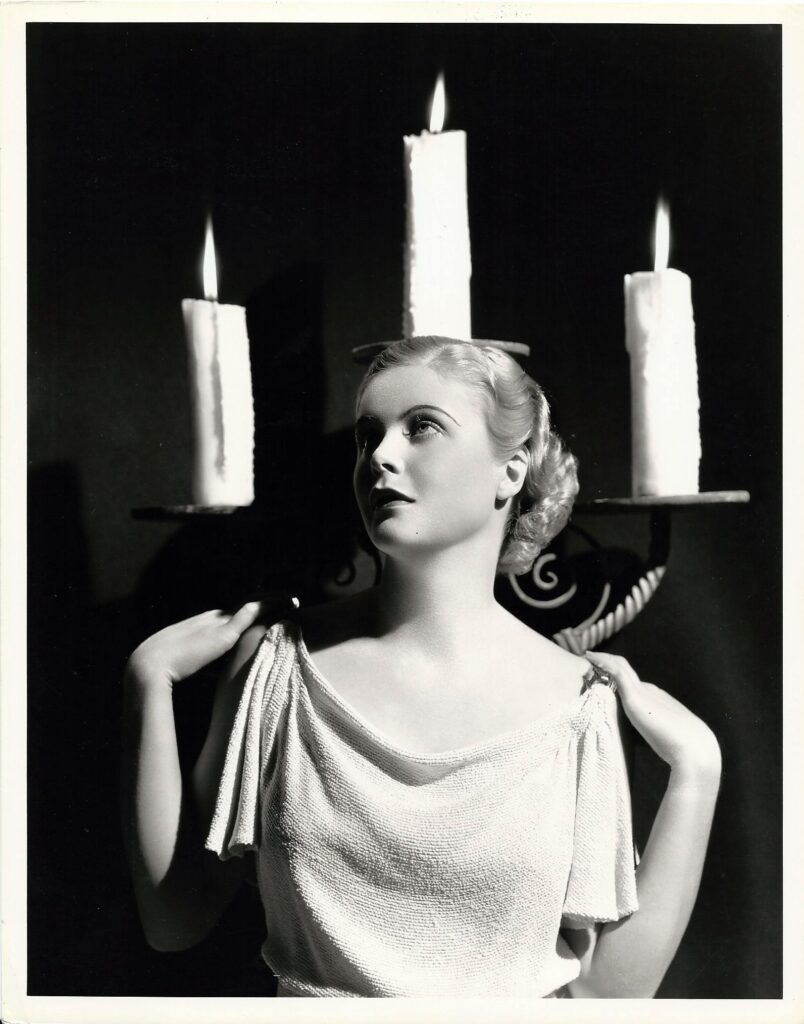 Lovely Jean Muir was a rising leading lady at Warner Brothers in 1935, appearing in some of their more experimental works such as AS THE WORLD TURNS and A MIDSUMMER NIGHT’S DREAM. Though she worked steadily into the early 1940s, her great love was acting in theatre and she combined stage and film work.

During the 1940s she turned to radio, television and theatre, but was one of the first actors to be blacklisted for suspected communism. In later life she became a drama teacher at several universities.

This stamped (on verso) photo from Warner Brothers is by portrait photographer Elmer Fryer.  There are no condition issues.