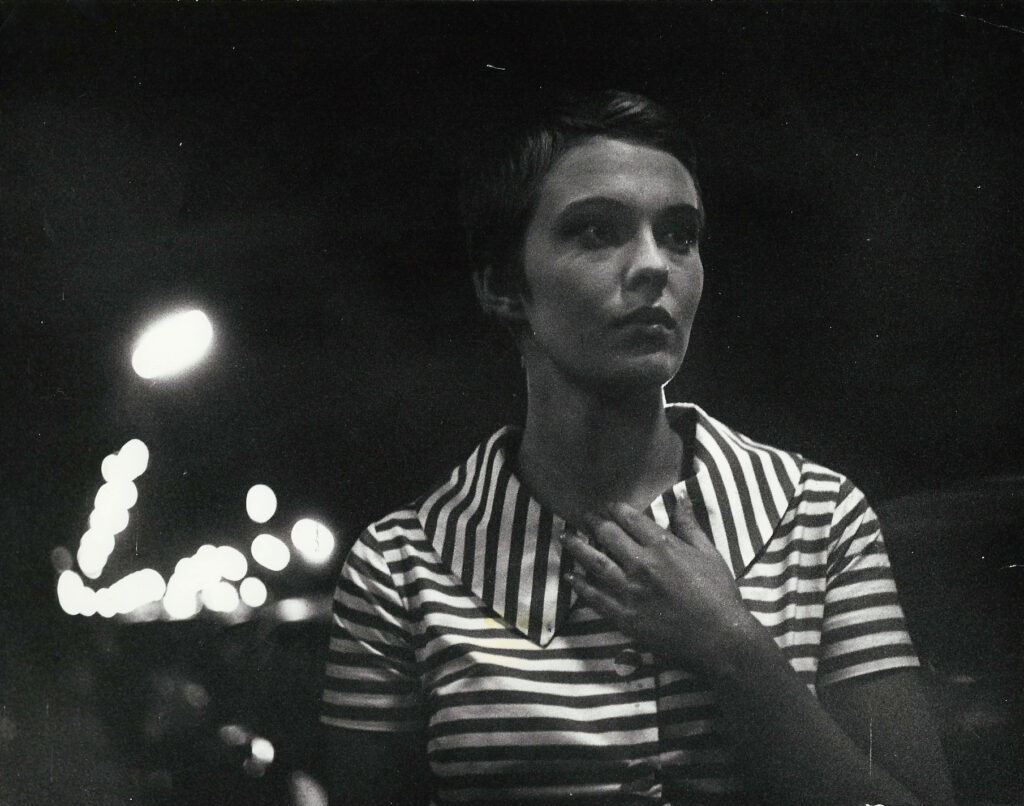 Jean-Luc Godard’s first feature, one of the films which ushered in the French New Wave and also gave Jean Seberg a signature role as the callous and immoral Patricia Franchini, an American journalism student in Paris who has an affair with thief Michel Poiccard (Jean-Paul Belmondo) and ultimately betrays him.

Original French photos of Seberg in this film are very scarce.