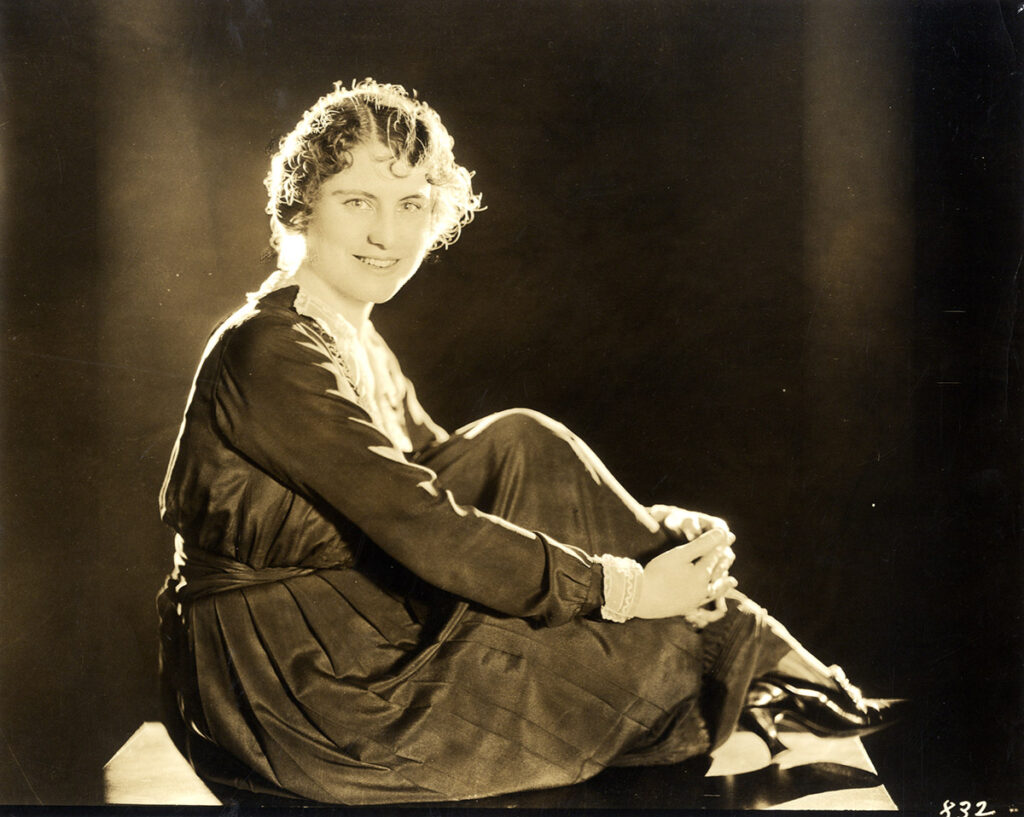 Prolific early film actress (starting in 1908 as actress and 1913 as writer) Jeannie MacPherson was known for her relationship and work with Cecil B. DeMille. She wrote many adaptations to screen and original screen stories, including DeMille’s 1923 THE TEN COMMANDMENTS.

The writing in pencil on the verso refers to her work at the time on this film. s