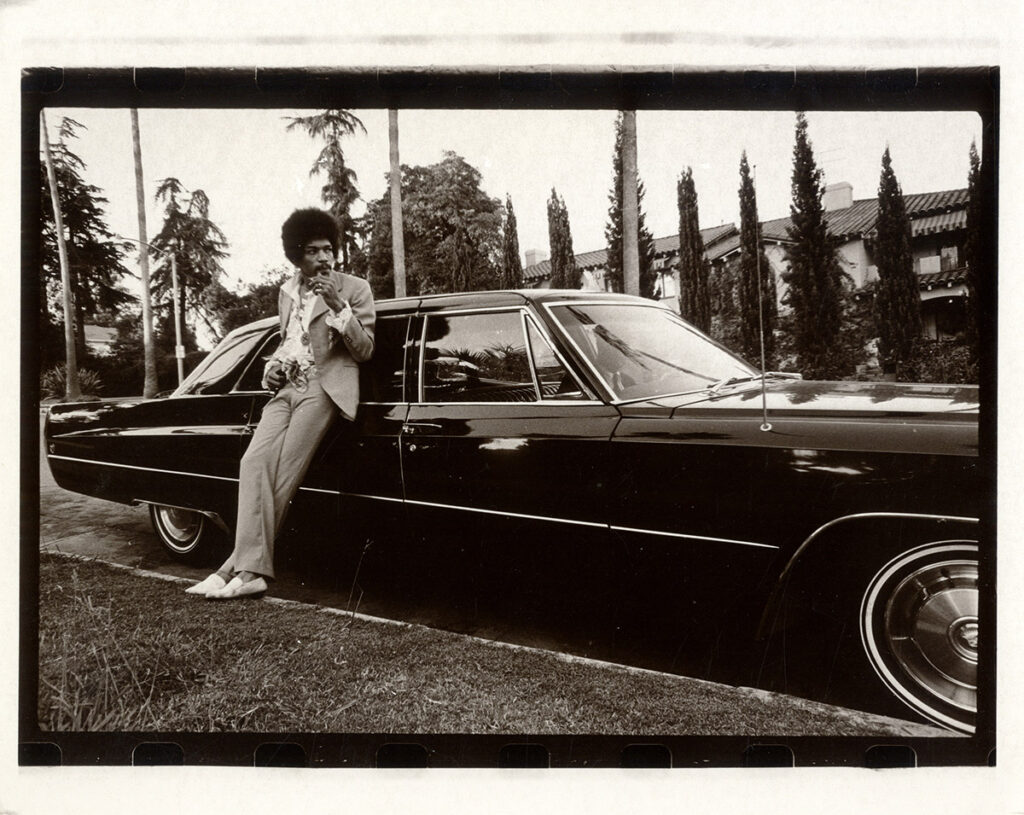 Photographer Alan Pappe was a major chronicler of pop culture in the late-60s and 70s. A number of his portraits graced the covers of popular magazines like TIME and Newsweek.

This photo is stamped on back “PHOTOGRAPHY ALAN PAPPE” with a holograph notation “’69”. Hendrix stands in front of a sleek new car. This was part of a photo shoot that he did with Pappe in Beverly Hills in 1969, the year of his mythic performance at Woodstock.