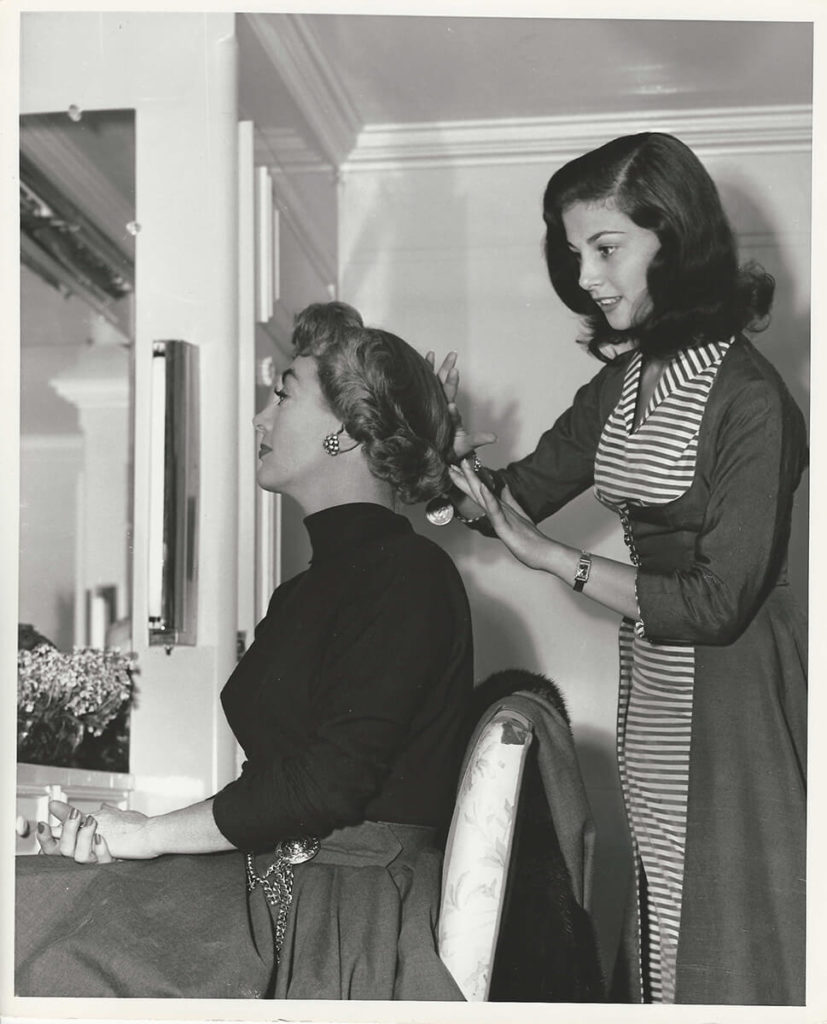 After a ten-year leave from her alma-matter (1925-43), Joan Crawford returned to MGM to make a Technicolor musical. She was allowed free reign on her hair, make-up and costume choices. The studio celebrated her return and newbie contract players such as Pier Angeli were excited to meet her.

Here, Angeli assists Joan with her coif during a visit. Angeli appears to be taking great care since the style is most likely achieved with hair pieces woven into Crawford’s own hair. Sydney Guilaroff, the stylist Crawford found in New York City in the 1930s and brought to MGM, is credited with her styling.