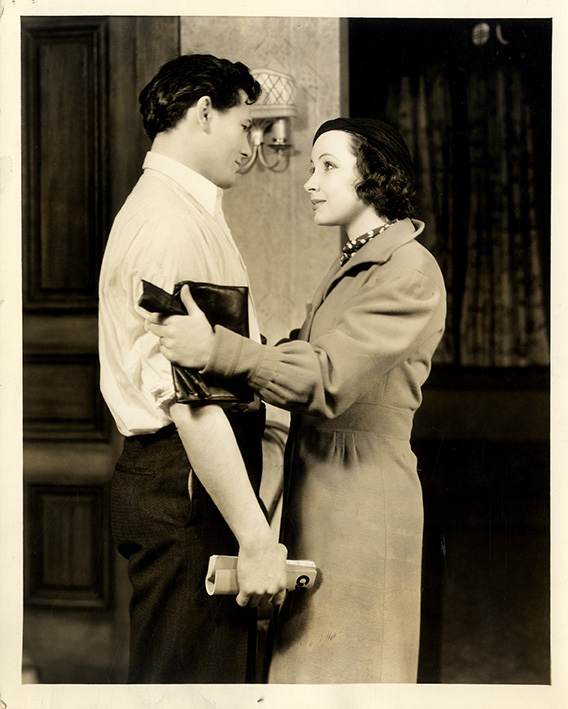 Portrait of John Garfield, then still under the name of Jules, with his co-star Phoebe Brand, who created their roles in the world premiere of Clifford Odets’ groundbreaking play about a working class Jewish family in the Bronx. The affixed text refers to a road trip appearance by the cast for performances in June, 1936 in Cleveland. Garfield would finally yield to Hollywood’s entreaties and began a Warner Brothers contract in 1938. Photos from his earlier stage career are very uncommon.