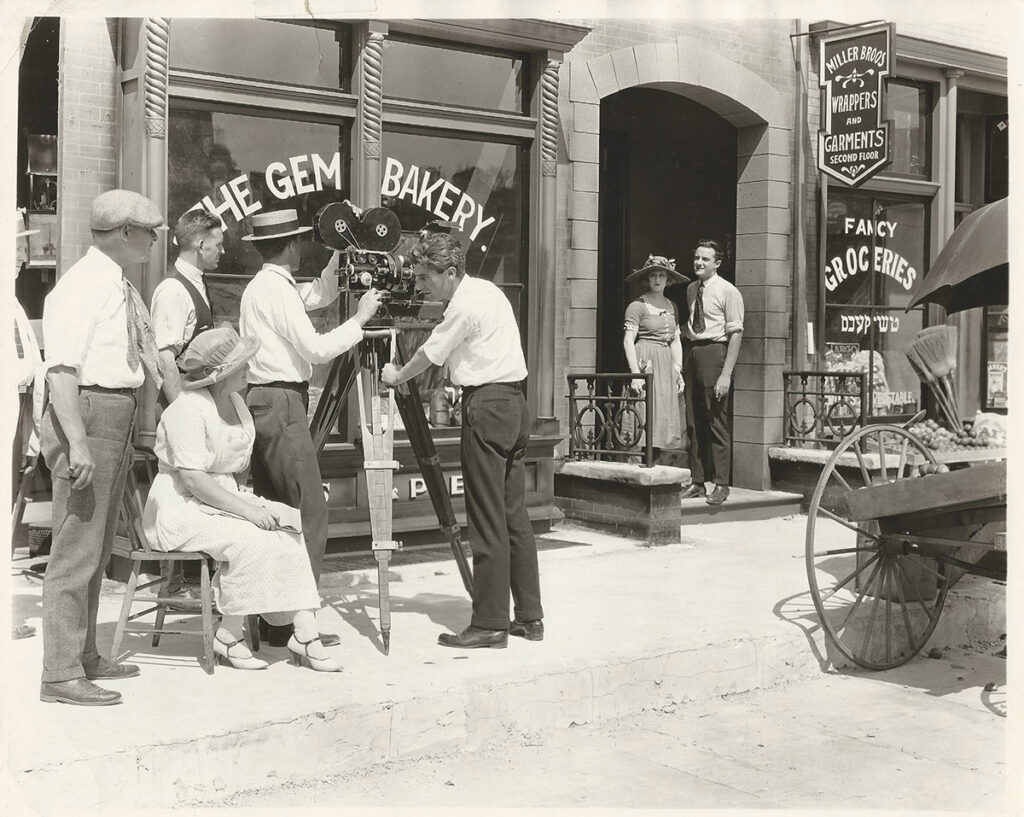 Director John Stahl works here with cameraman Ernest Palmer on his silent film The Song of Life. He frequently made films which focused on women’s issues; this one about a woman who finds her married life so repressive that she leaves her husband and abandons her child.

The kosher grocery store sets this scene in a multi-ethnic neighborhood.  Many silent films had Jewish characters and subjects.  But the Jewish Hollywood moguls increasingly put a damper on representations of Jewish people by the sound era (despite the success of THE JAZZ SINGER), and references, even visual ones, to Jewish people became very rarely seen as of the 1930s.