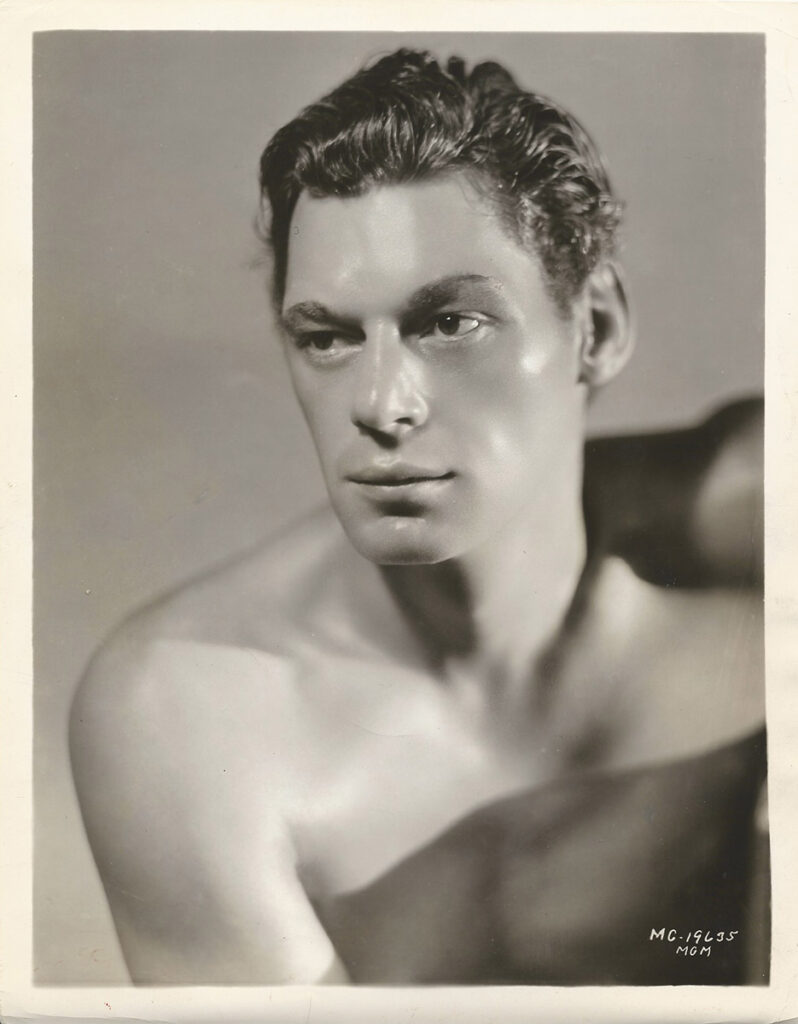 Beautiful portrait of Johnny Weissmuller as Tarzan in the first MGM Tarzan film, TARZAN THE APE MAN. MGM started their franchise of exquisitely produced Tarzan films starting in 1932, which would last for ten years starring the champion of the 1924 and 1928 Summer Olympics, Johnny Weissmuller. He would become the movie’s most famous Tarzan.

This portrait is likely by photographer Clarence Sinclair Bull and has the “Ref. Dep. NEA dated” in stamp on verso for April 28, 1932.