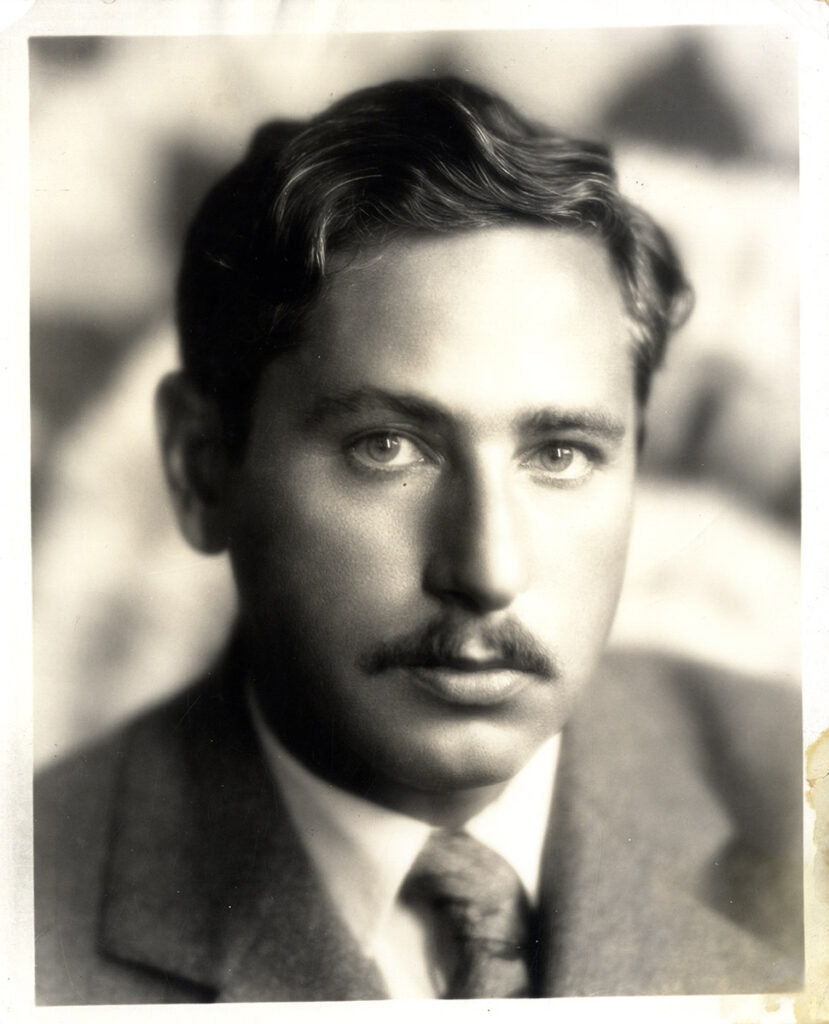 A very rare portrait image of the superbly creative film director who is known as one of the great visionaries of 1930s films His early film work were in the realm of auteur and Paramount allowed this until the mid-1930s, when his films no longer made the box office profits they once had.

His greatest discovery, Marlene Dietrich, was a star and together they made a number of the best remembered films of that era. This portrait with the “Richee Paramount” ink stamp on the verso was done during the period of his films MOROCCO, AN AMERICAN TRAGEDY and THE BLUE ANGEL.