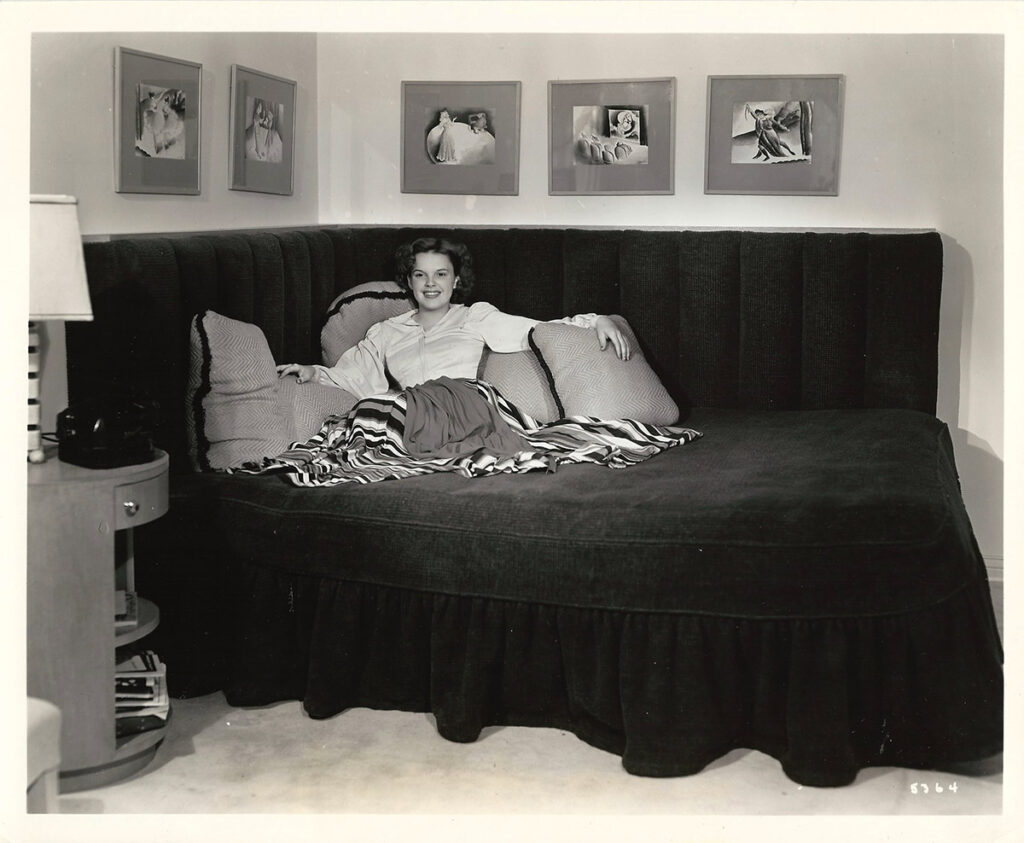 The golden year of Hollywood film is 1939, and it was Judy Garland’s golden year as well. She reached star status, had her hand and footprints and signature placed at Grauman’s, won an Academy Award and with just her $500-per-week salary was able to have famed architect Wallace Neff design and build her a Bel-Air home on Stone Canyon Road with her own separate bedroom suite. The house stands nearly unchanged to this day.

The photo of her relaxing in her suite has not been seen before. The other shows her in the backyard of the estate which included a tennis court and swimming pool. Both include their original attached paper blurbs and studio printed text.