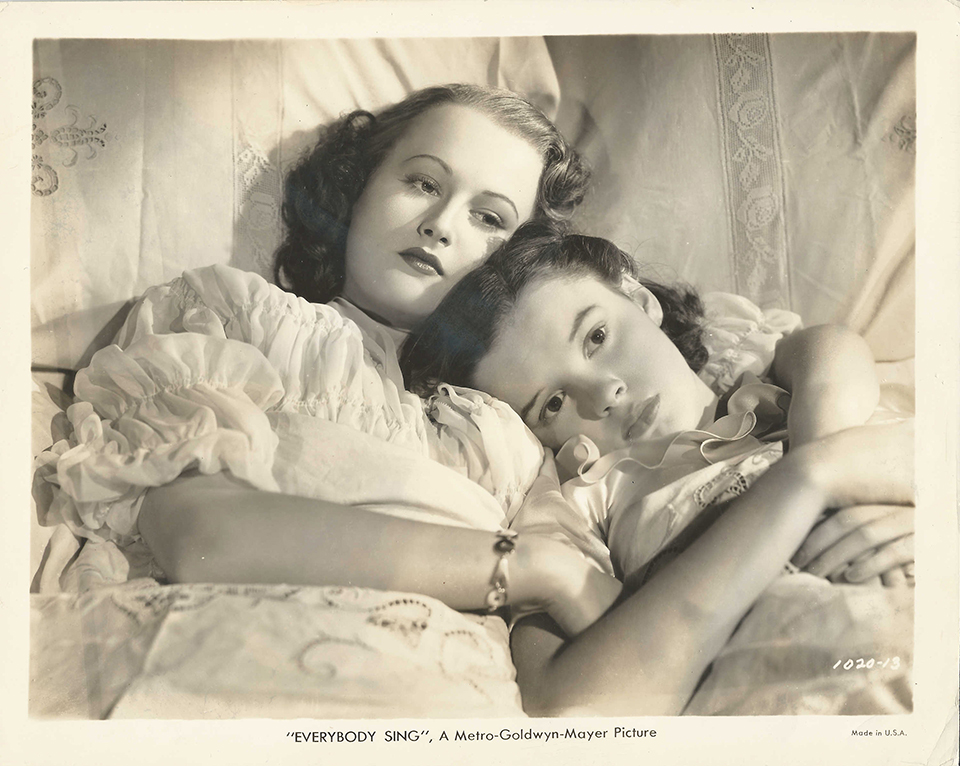 When in late-1937 MGM acquired the rights to THE WIZARD OF OZ, with the intent of it being a vehicle for their rising musical star Judy Garland, the star making machinery went into fast action. Featured in several films prior, the studio created this lower budget musical for her, sent her on a US personal tour, announced her casting in OZ in Feb. 1938, moved her to star status on their roster and set the script and music writers to their task of turning L. Frank Baum’s fantasy book into a musical. There were months of pre-production and so long did it take that Garland finished two more films before starting OZ.

This story, initially titled THE UGLY DUCKLING, gave Judy great comic and dramatic moments as well as songs in the form of ballad, swing and minstrel — utilizing all her grand talents. Here she is with leading lady Lynn Carver, who plays her sister. Still is coded 1020-13 and has minimal edge wear. ABOUT FINE.