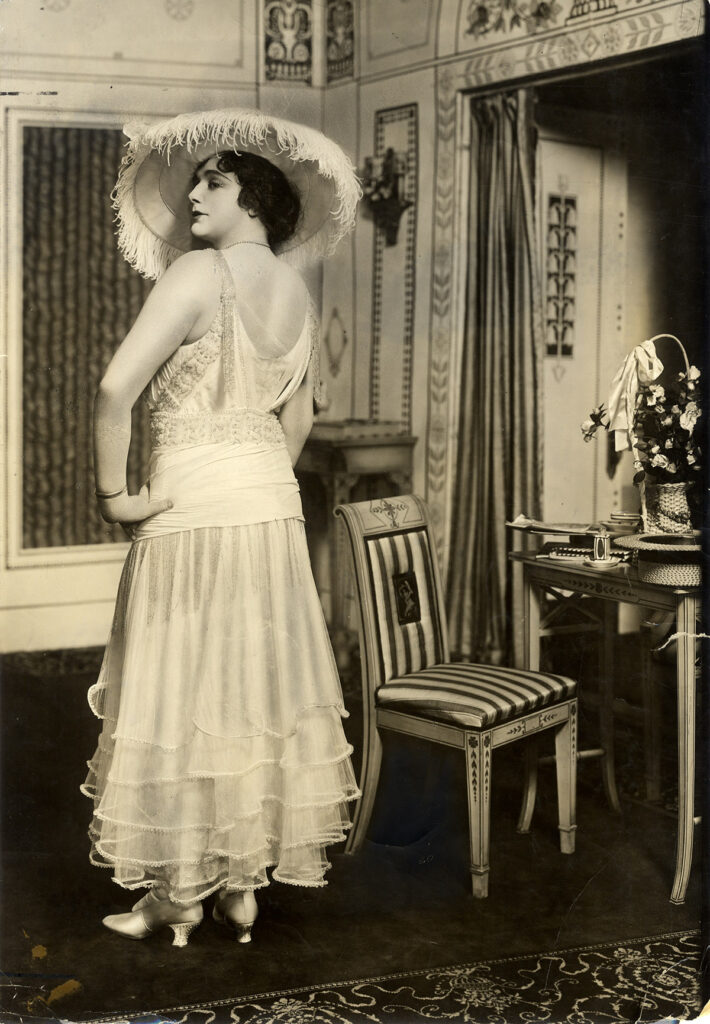 COUSIN LUCY was a show with music by Jerome Kern. Julian Eltinge was the most famous female impersonator of his time.

“After appearing in the Boston Cadets Revue at the age of ten in feminine garb, Eltinge garnered notice from other producers and made his first appearance on Broadway in 1904. As his star began to rise, he appeared in Vaudeville and toured Europe and the United States, even giving a command performance before King Edward VII. Eltinge appeared in a series of musical comedies written specifically for his talents starting in 1910 with The Fascinating Widow, returning to Vaudeville in 1918. His popularity soon earned him the moniker “Mr. Lillian Russell” for the popular beauty and musical comedy star.

“Hollywood beckoned Eltinge and in 1917 he appeared in his first feature film, The Countess Charming. This led to other films, including 1918’s The Isle of Love with Rudolph Valentino and Virginia Rappe. By the time Eltinge arrived in Hollywood, he was considered one of the highest paid actors on the American stage; but with the arrival of the Great Depression and the death of Vaudeville, Eltinge’s star began to fade. He continued his show in nightclubs but found little success. He died in 1941 following a show at a New York City nightclub.” (Wikipedia)