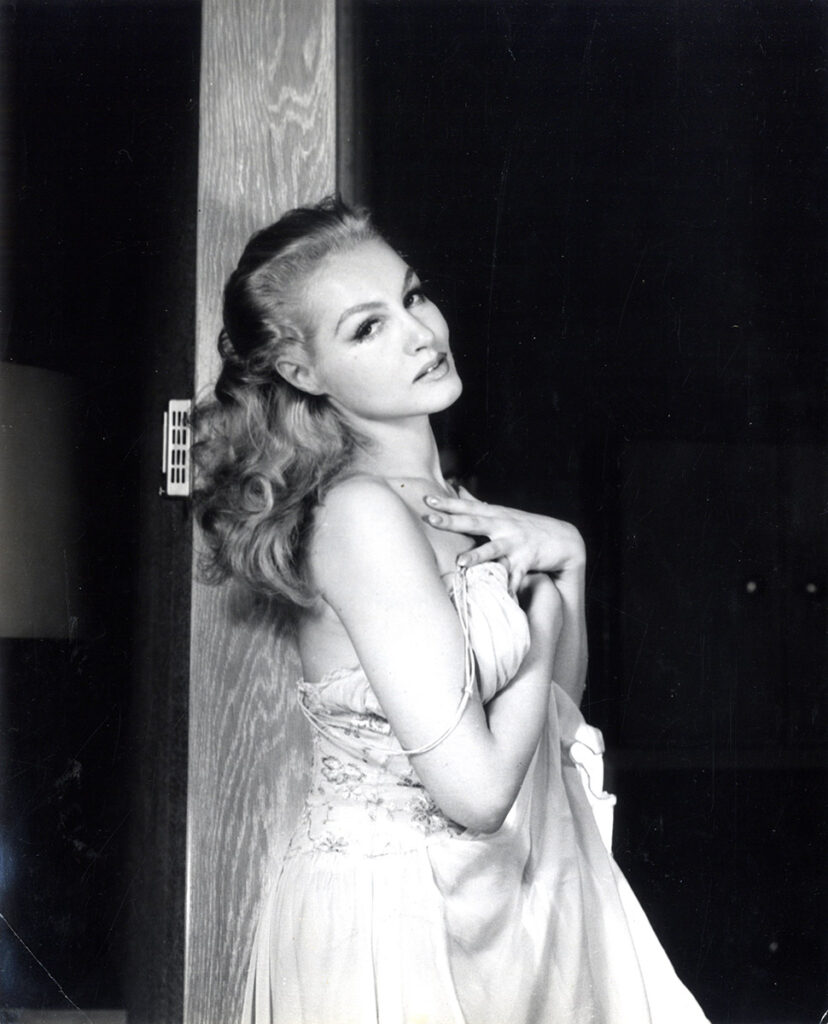 Julie Newmar was a favorite subject for portrait photographer Peter Basch in the late-1950s and early-1960s. Before her fame as Catwoman on television’s Batman, she was known as a dancer in film, for television roles and for her performance in LI’L ABNER, during which time this sexy but demure evening gown portrait was taken.