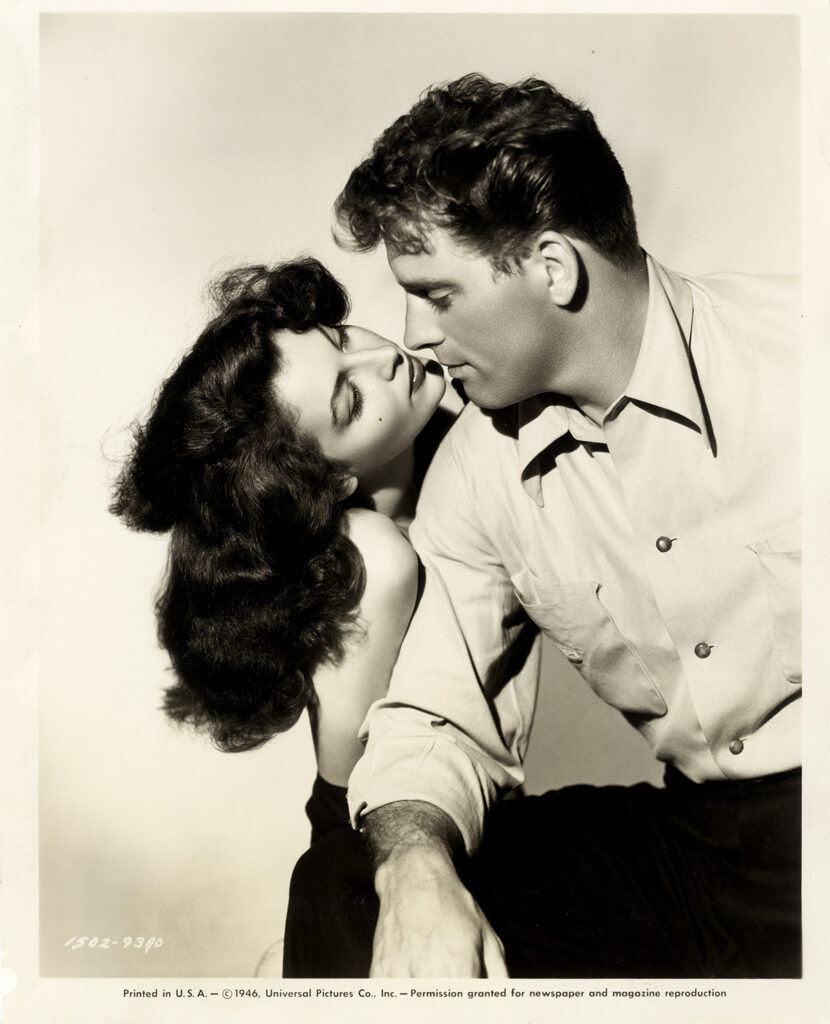 Portrait of Burt Lancaster and Ava Gardner for this classic film noir adaptation of the short story by Ernest Hemingway and directed by Robert Siodmak. This movie was Lancaster’s screen debut. For Gardner, who had up until now worked in lesser roles and lesser films, it was a breakout for her career.