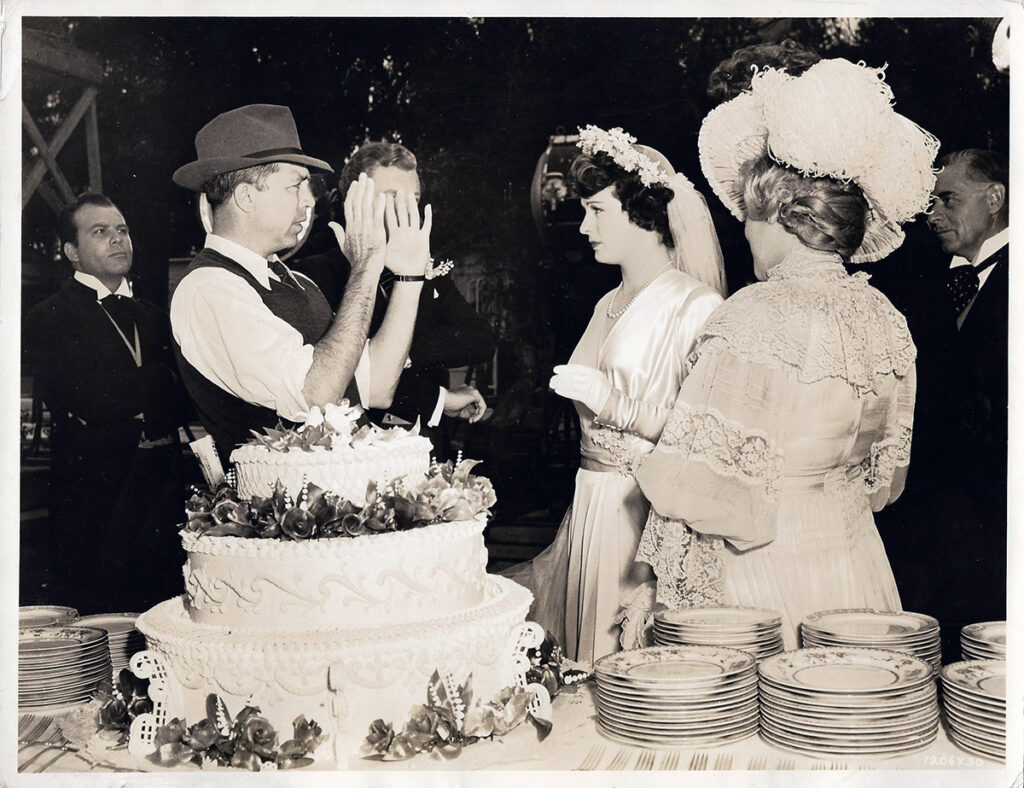 Director King Vidor gives intense instruction to Ruth Hussey, Fay Holden and Van Heflin for the film’s wedding sequence. Vidor had made some of MGM’s most important silent films in the 1920s, then freelanced and did independent production before returning to MGM in 1938 for a 6-year run. Vidor also co-wrote the screenplay of John P. Marquand’s novel and produced. MGM recognized him as an auteur filmmaker, even within their factory system.