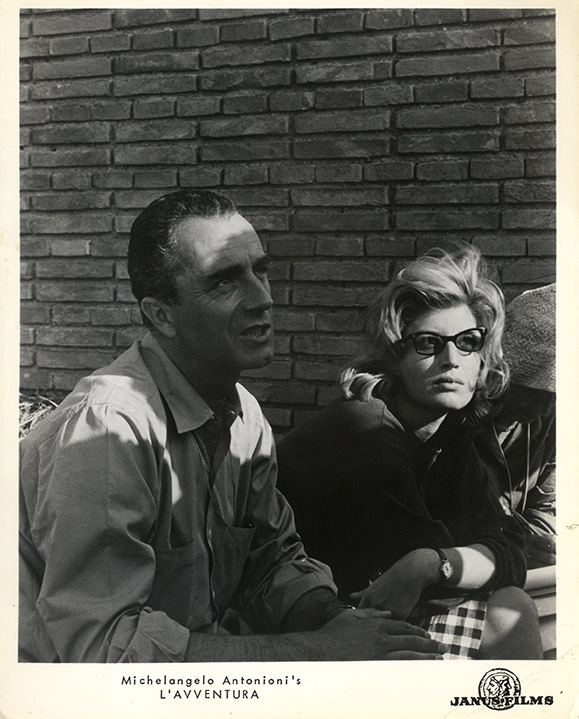 This is one of the ultimate groundbreaking films of the 1960s, an existential narrative about a journey (a man and a woman search for another woman, who was close to both of them) which effectively goes nowhere. Alienation is the subtext of the entire film, which became the first of a famous trilogy which later included LA NOTTE and L’ECLISSE.

Included is a behind-the-scenes photo of director Michelangelo Antonioni with star Monica Vitti, whose presence in this film made a major international film actress out of her. She is in five of the photos, including two searing portraits. The other two focus on Gabriele Ferzetti, who plays the woman whose disappearance triggers the failed search which consumes the greater part of the film.