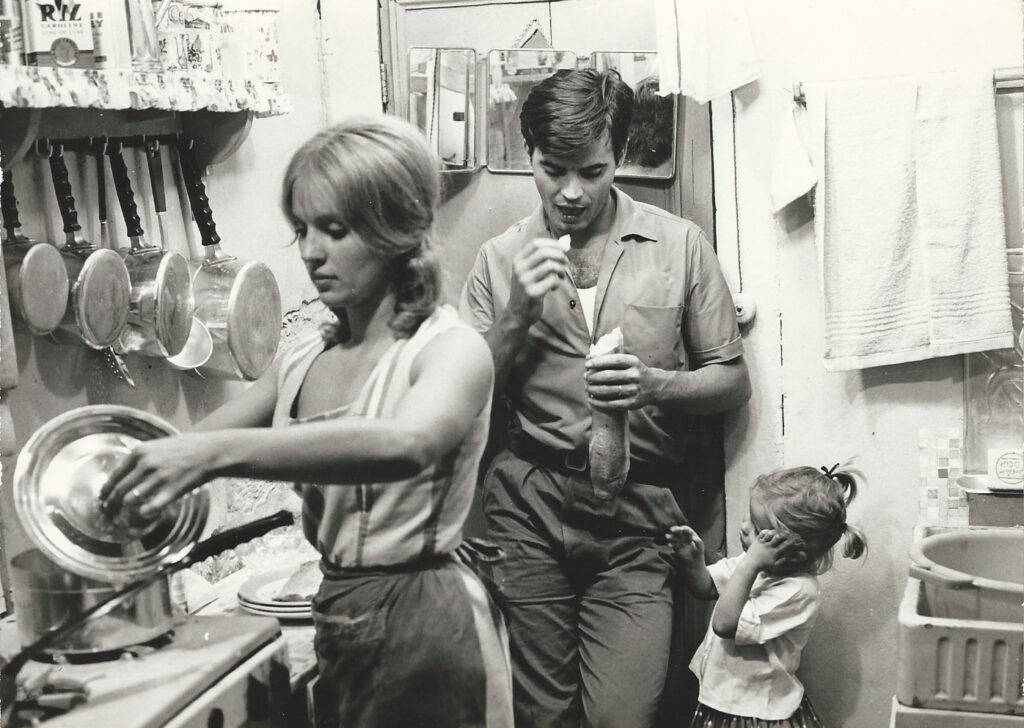 Agnès Varda‘s third feature film, shot in lustrous color, about a young couple with two small children who live a virtually idyllic existence until the young father decides to “increase his happiness” by carrying on a love affair with a young female postal worker. The results are devastating and, half a century later, film scholars are now noticing the very distinctive female glance which director Varda gives to this film.

One photo portrays the couple and one of their children (all of them played by the real-life family of the Drouots). The other shows actress Mari-France Boyer, the “other woman”.