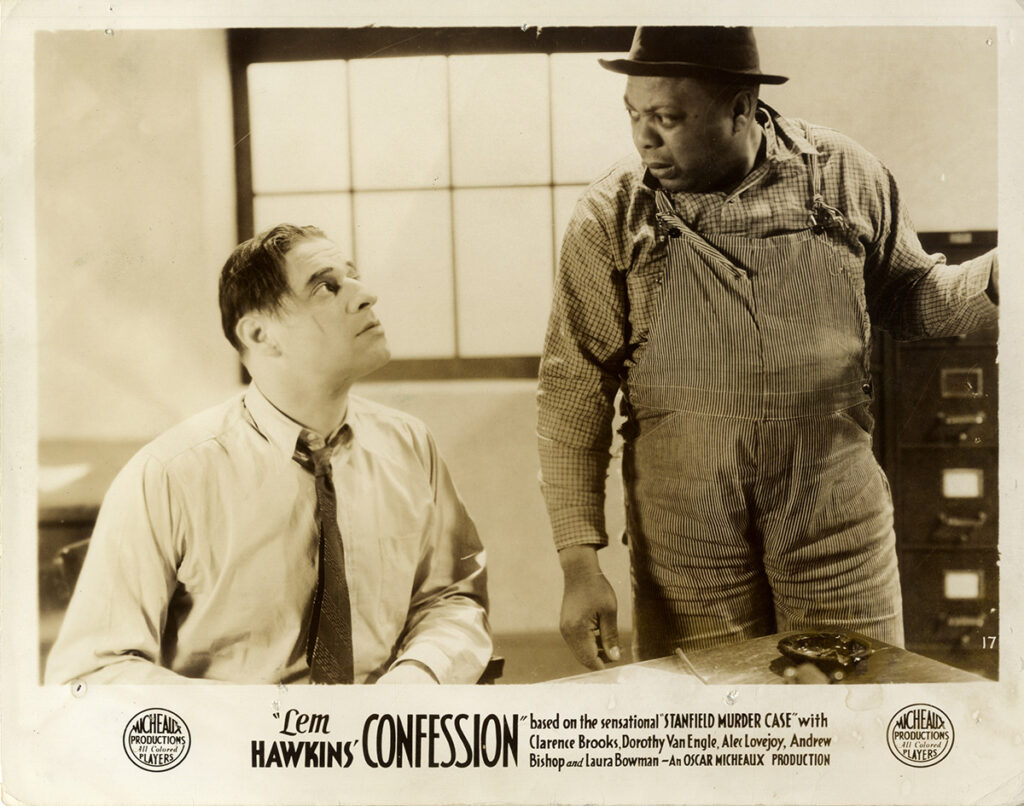 Oscar Micheaux’ crime drama, also released under the title MURDER IN HARLEM, is a remake of his lost silent film THE GUNSAULUS MYSTERY (1921), a fictionalized account of the 1913 murder trial in Georgia of Leo Frank for the murder of Mary Phagan.

In this film, an African American man is framed for the murder of a white woman, but an author-turned-attorney manages to figure out what really happened and gets his client acquitted.