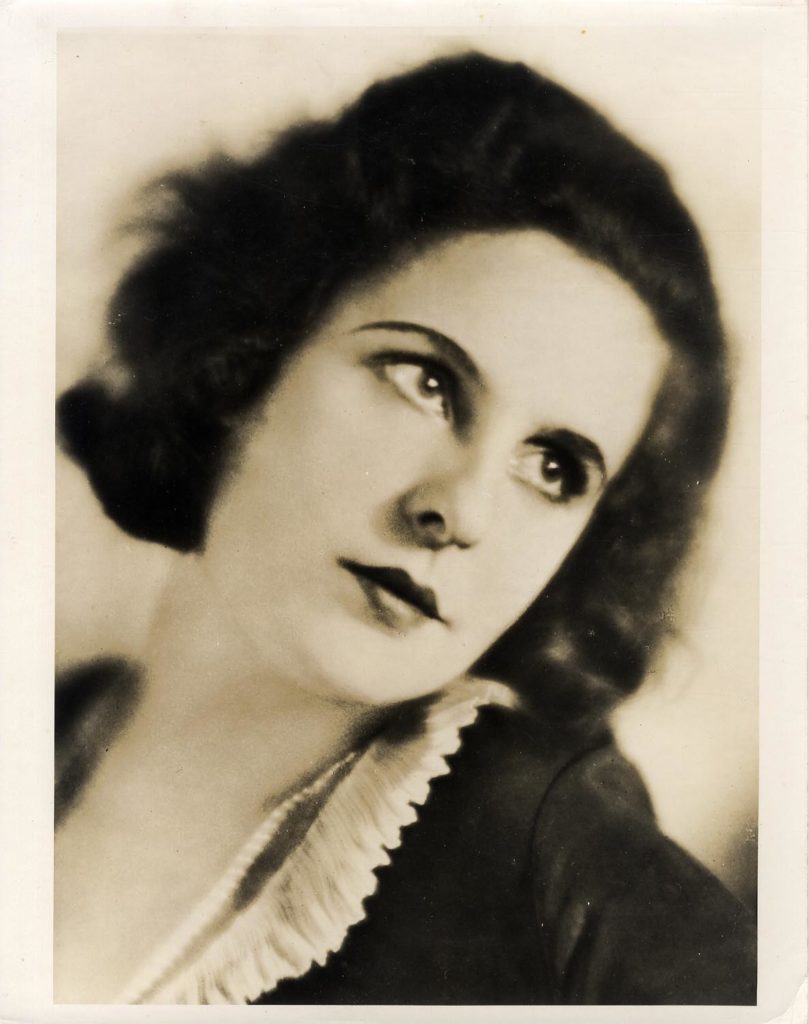 Vintage original 10 x 8″ (25 x 20 cm.) single weight glossy sepia-tinted silver gelatin print still photo, USA. Leni Riefenstahl was a multi-talented legendary lady of German cinema. She was known as a film director, producer, screenwriter, editor, photographer, actress, dancer, and has come down in history famously as a propagandist for the Nazis. As the filmmaker Hitler chose to glorify the Germans at the start of World War II, her involvement has always been a point of controversy.
She was most famous initially for her mountain climbing films and then for her most famous directorial works, TRIUMPH OF THE WILL and OLYMPIA. This portrait was taken during the time of those two films. Minor crease to the bottom right corner. ABOUT FINE.