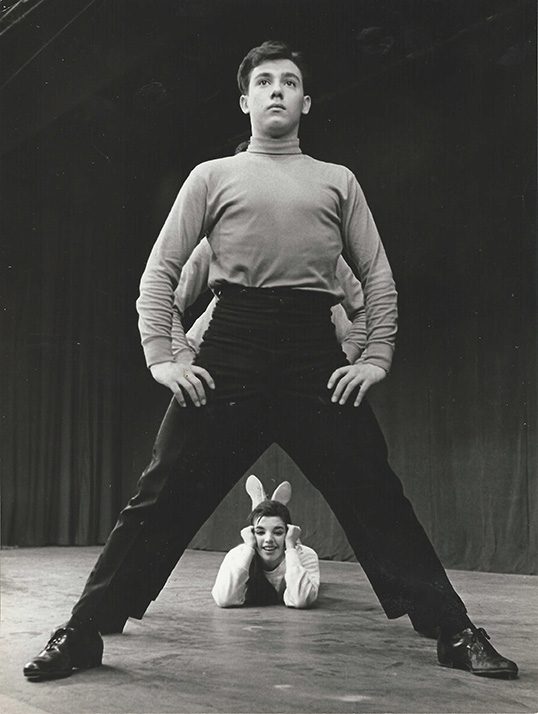 Vintage original 7 ½ x 10” (18 x 25 cm.) black and white single weight glossy silver gelatin print still photo, USA. Born into showbiz royalty, Liza Minnelli was well versed in the entertainment arts and even appeared on film and stage with her mother during her non-traditional childhood. She wanted to make it on her own though and ran off to New York City at 16. Struggling for a while, she landed the role of Ethel Hoffinger in the off-Broadway revival of BEST FOOT FORWARD. She broke her leg during rehearsal (this image before that incident) but she persevered. After paying her dues for a while in New York City, her professional career took off quickly, guesting on Judy Garland’s and Ed Sullivan’s TV shows, performing with Judy at the London Palladium and debuting on Broadway with FLORA THE RED MENACE, for which she won the Tony. Liza is in rehearsal with the Gypsy boys here. Friedman-Abeles (Theatrical photographer agency) ink stamp on verso. Creasing at the top left corner. VERY GOOD-FINE.