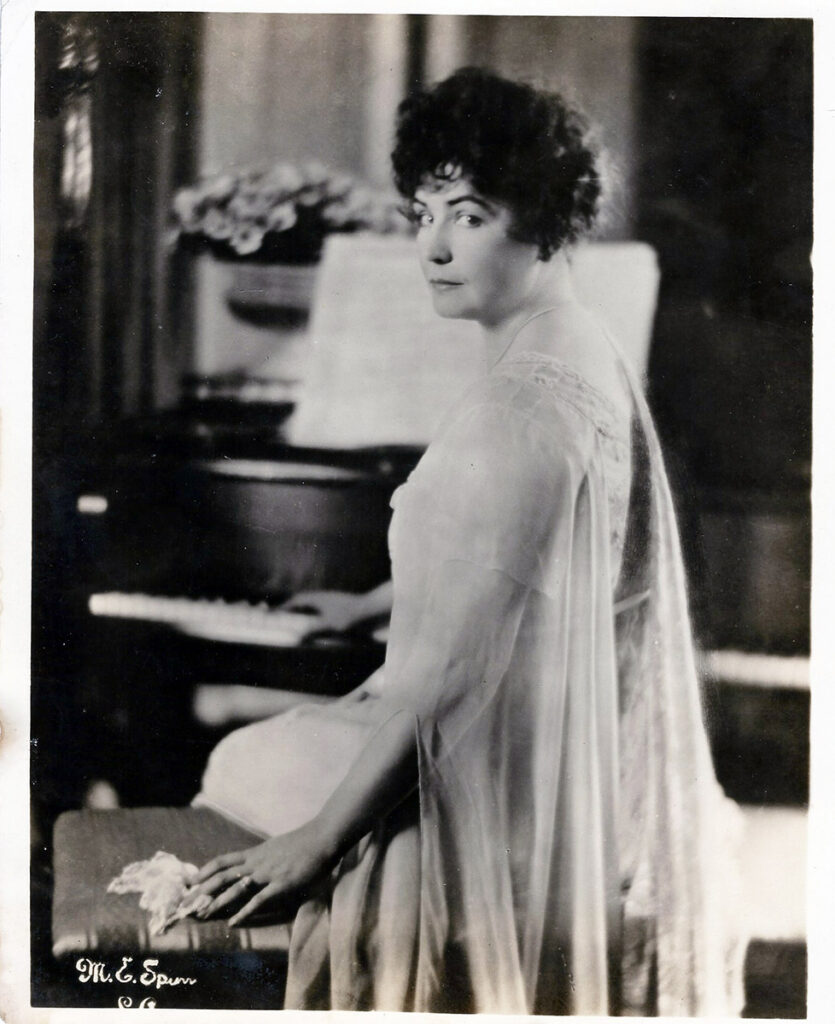 “Florence Lois Weber (June 13, 1879 – November 13, 1939) was an American silent film actress, screenwriter, producer and director. She is identified in some historical references as ‘the most important female director the American film industry has known’, and among ‘the most important and prolific film directors in the era of silent movies. Film historian Anthony Slide has also asserted, ‘Along with D. W. Griffith, Weber was the American cinema’s first genuine auteur, a filmmaker involved in all aspects of production and one who utilized the motion picture to put across her own ideas and philosophies’.

“Weber produced a body of work which has been compared to Griffith’s in both quantity and quality and brought to the screen her concerns for humanity and social justice in an estimated 200 to 400 films, of which as few as twenty have been preserved. She has been credited by IMDb with directing 135 films, writing 114, and acting in 100. Weber was one of the first directors to come to the attention of the censors in Hollywood’s early years.

“Weber has been credited with pioneering the use of the split screen technique to show simultaneous action in her 1913 film Suspense. In collaboration with her first husband, Phillips Smalley, in 1913 Weber was one of the first directors to experiment with sound, making the first sound films in the United States. She was also the first American woman to direct a full-length feature film when she and Smalley directed The Merchant of Venice in 1914, and in 1917 the first American woman director to own her own film studio.

“Few men, before or since, have retained such absolute control over the films they have directed—and certainly no women directors have achieved the all-embracing, powerful status once held by Lois Weber. By 1920, Weber was considered the premier woman director of the screen and author and producer of the biggest money making features in the history of the film business.” (Wikipedia).