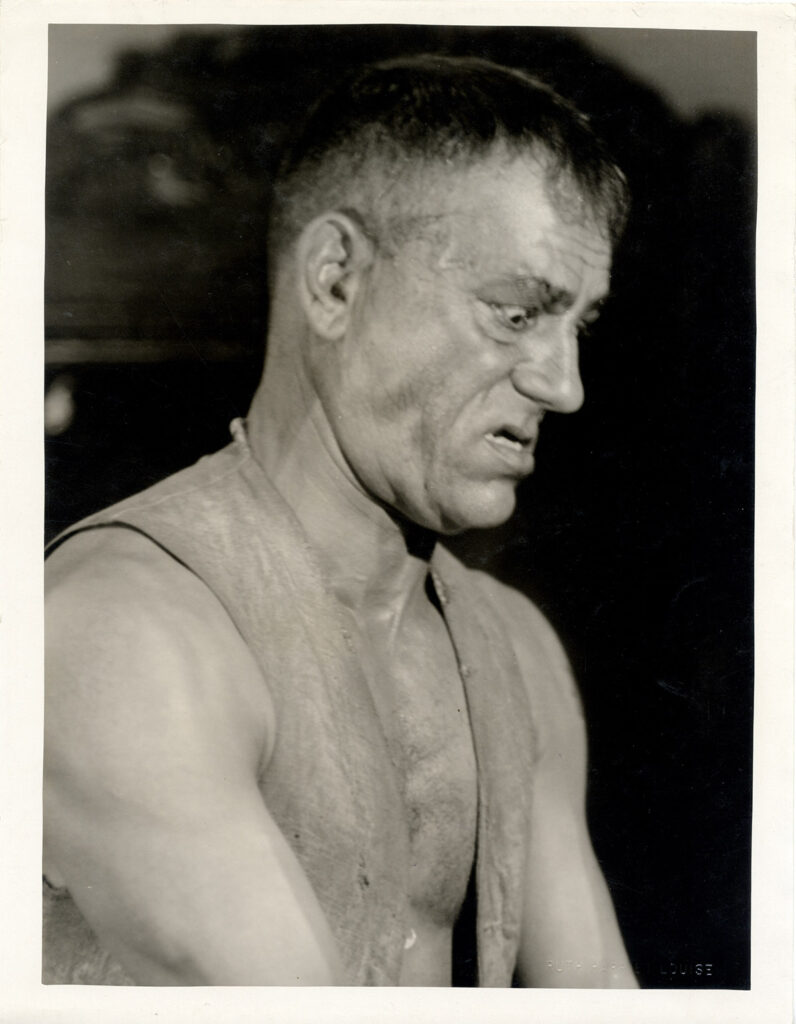 LON CHANEY / THE ROAD TO MANDALAY (1926) by Ruth Harriet Louise

A very intense portrait of Lon Chaney in this Tod Browning film, which now only exists in partial form. With a descriptive paper snipe as well as a photographer stamp of Ruth Harriet Louise on verso, as well as a stamp indicating that it was once part of the distinguished collection of film curator James Card.