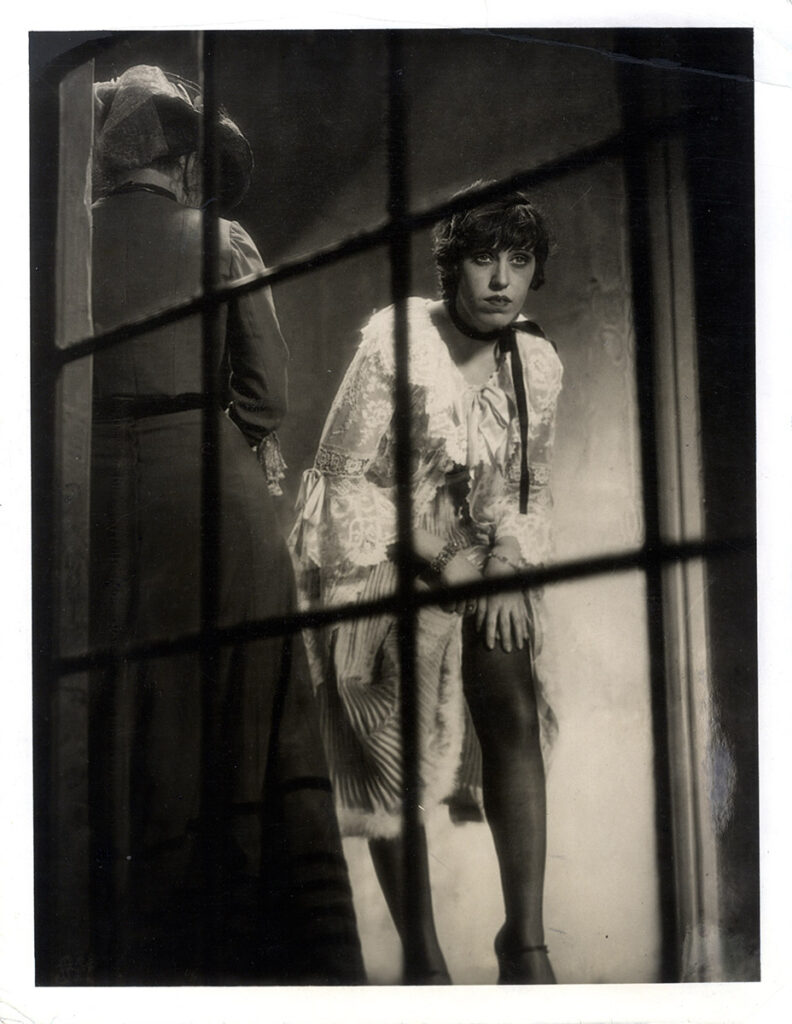 Portrait of Lotte Lenya as Jenny in G. W. Pabst’s film of Bertolt Brecht and Kurt Weill’s classic musical. She had created this iconic role when the play had its premiere in 1928. The Nazis hated this film and attempted to have all prints (and advertising materials, including photos) destroyed — hence, this still is an especially precious survivor. Many years later, Lenya appeared off-Broadway for an immensely successful revival of the play, in Marc Blitzstein’s English-language version.

Holograph notes in German on verso about the photo indicate that it was from the files of Close Up, an influential film magazine which existed from 1927 to 1933. Of great rarity.