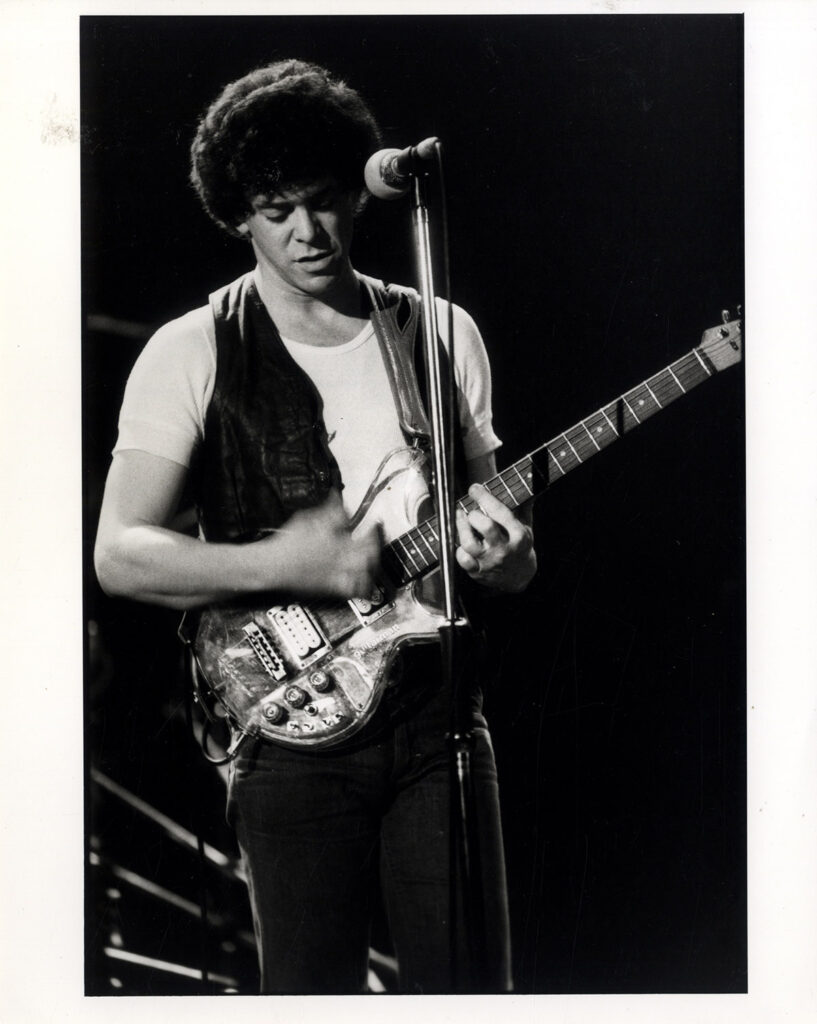 London: London Features International, [ca. 1973-1978]. Set of four (4) vintage original 8 x 10″ (20 x 25 cm.) black-and-white photos, UK. NEAR FINE. Four photos of Lou Reed from the 1970s, all documenting his performances in the U.K. One of them, which is identified by text on verso as from a September 1973 appearance “at the Crystal Palace pop concert”, shows Lou in his glitter persona. Each photo bears the stamp of a different photographer on verso: Chris Walter, Simon Fowler, Elaine Bryant, and Michael Putland.