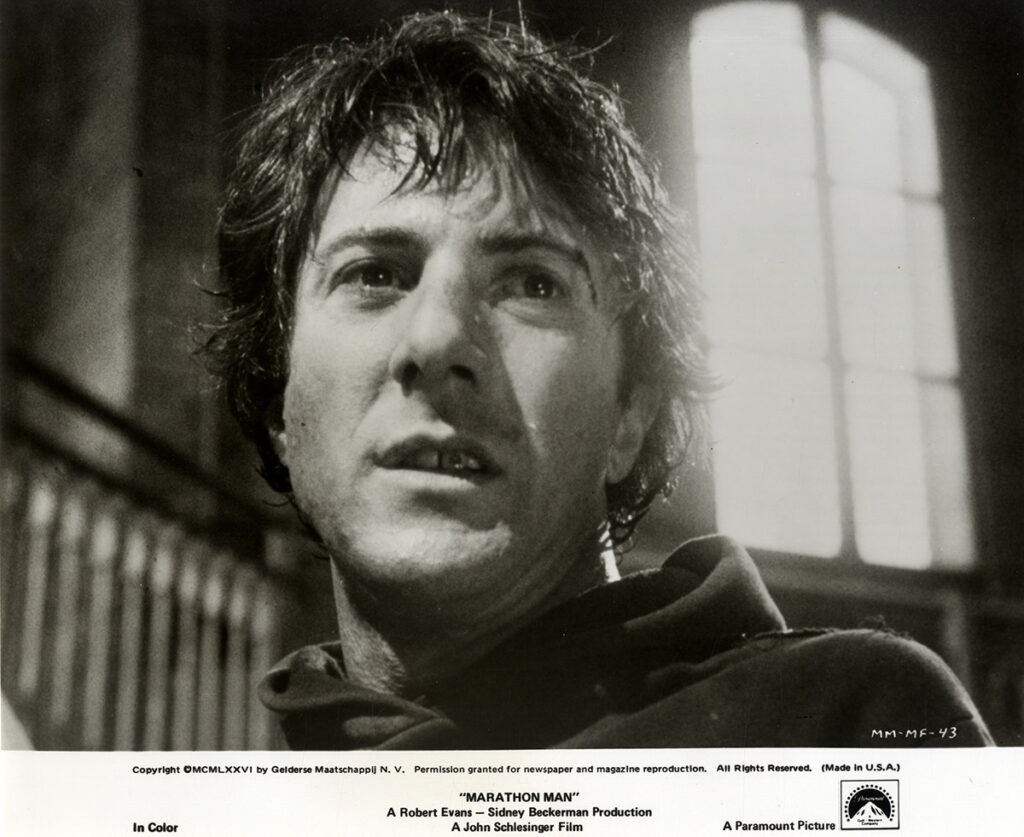 Director John Schlesinger’s classic suspense thriller in which a Jewish graduate student (Dustin Holfman) has to deal with sinister Nazi war criminal Laurence Olivier, who famously asks him “Is it safe?”

There are a small number — maybe two or three — of duplicated images, though with small differences in format.