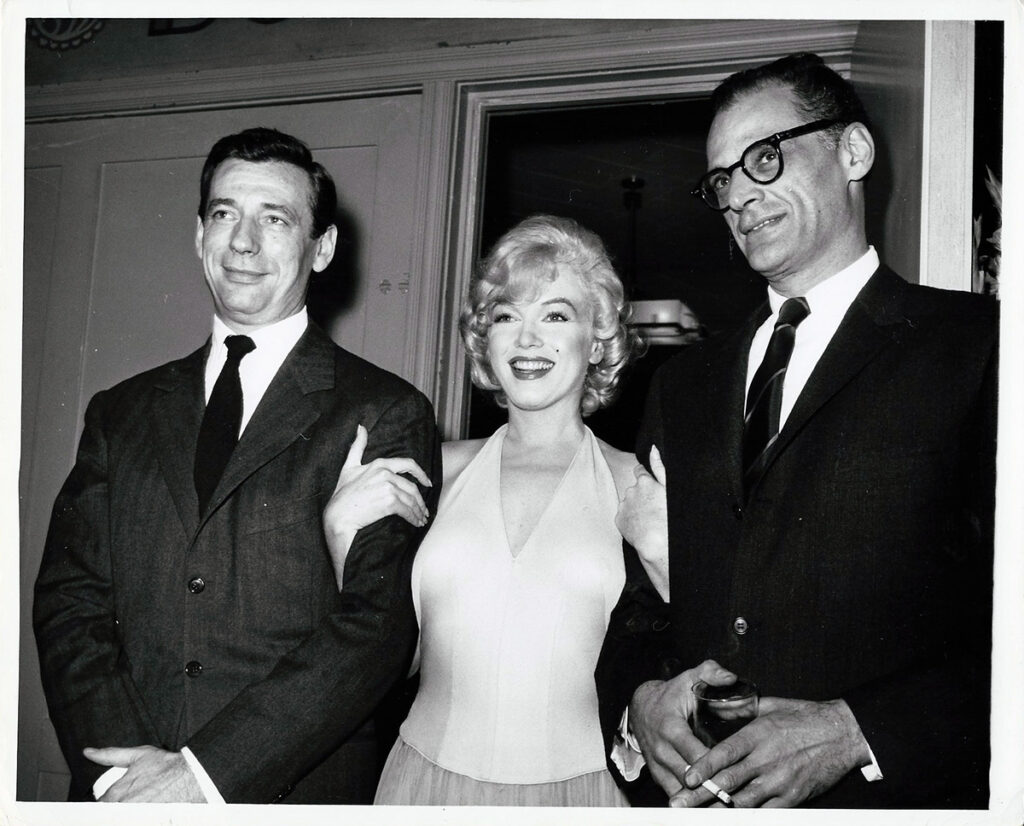 Marilyn Monroe, Yves Montand and Arthur Miller are seen behaving congenially behind-the-scenes on what would be Monroe’s last Technicolor big screen musical comedy, LET’S MAKE LOVE, directed by George Cukor. Miller was brought on board to rewrite much of the script at Monroe’s request, though he was not credited. Monroe and Montand embarked on an affair which further complicated the behind-the-scenes relationships and which soon ended the Monroe-Miller marriage.