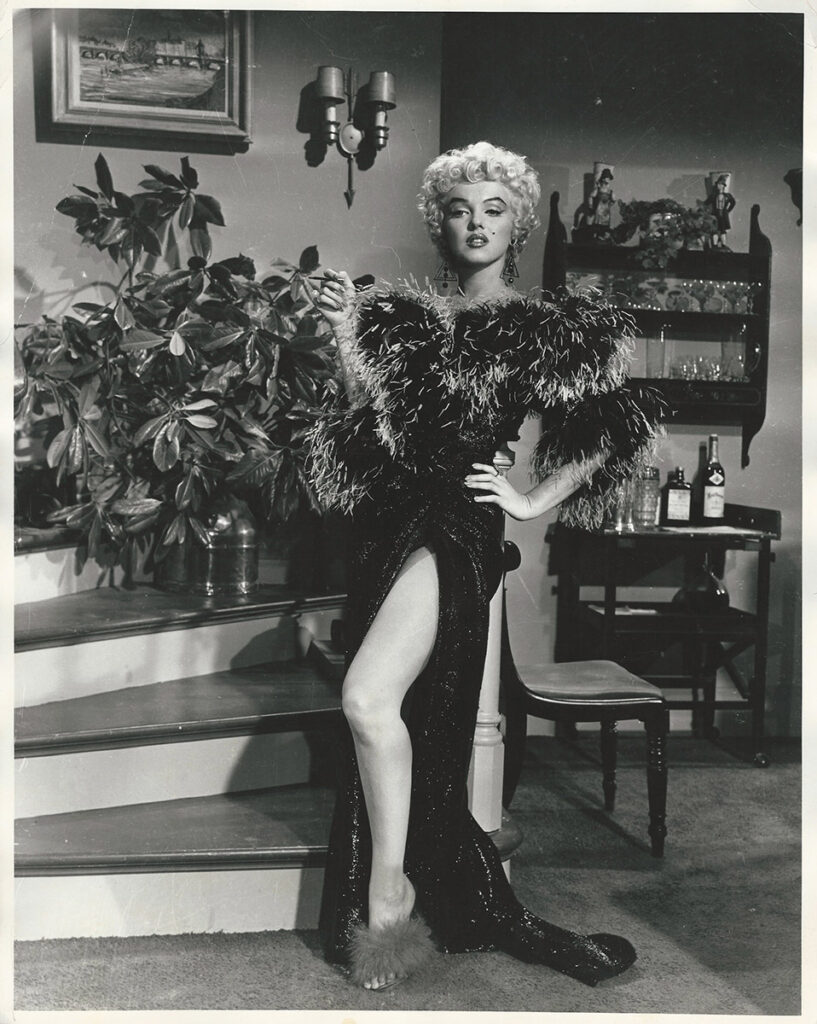 In this popular Broadway comedy custom-made for Marilyn Monroe, her character  the Girl becomes a fantasy figure for Richard Sherman (Tom Ewell), her neighbor who has been left to his own devices while his wife and son go on a summer vacation.

For one of the film’s dream sequences, he envisions the Girl in this costume, which does not appear in the final film. An entire scene was built and filmed around Monroe impersonating Mae West.