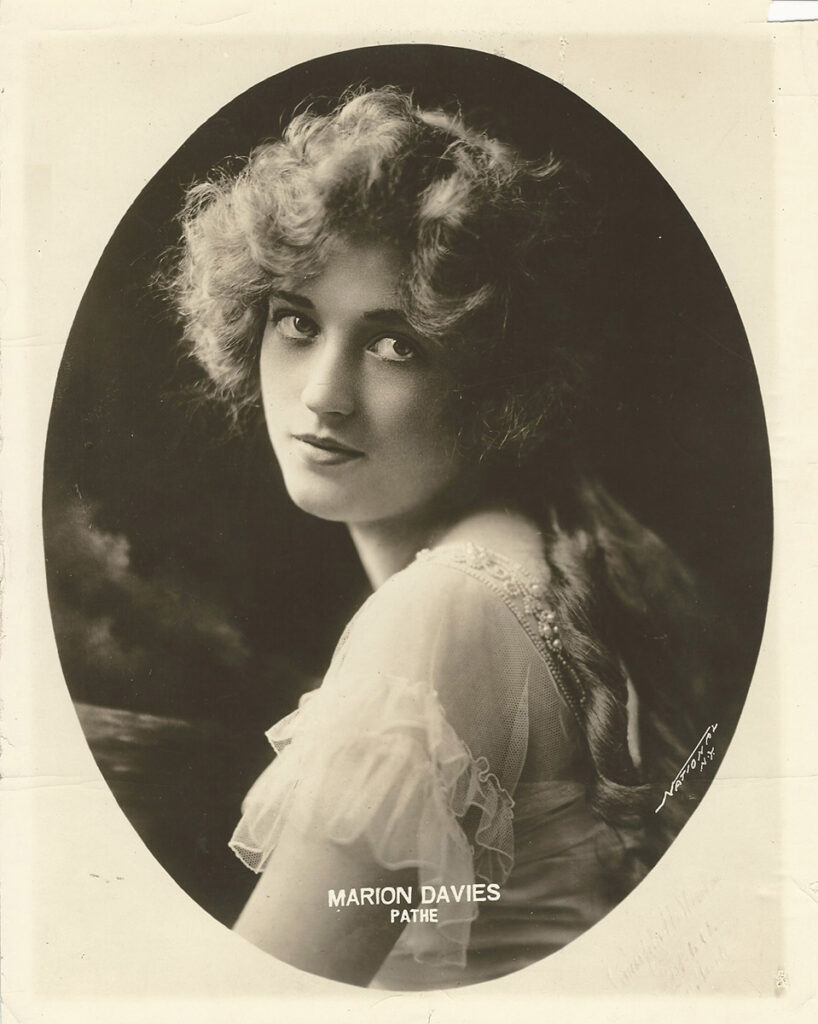 Portrait is from National, NY.. As it appears that Marion Davies’ film debut in 1917 was for the Pathé film RUNAWAY ROMANY and she appears to have made just this film for Pathé, this very early portrait is most likely for her film debut.