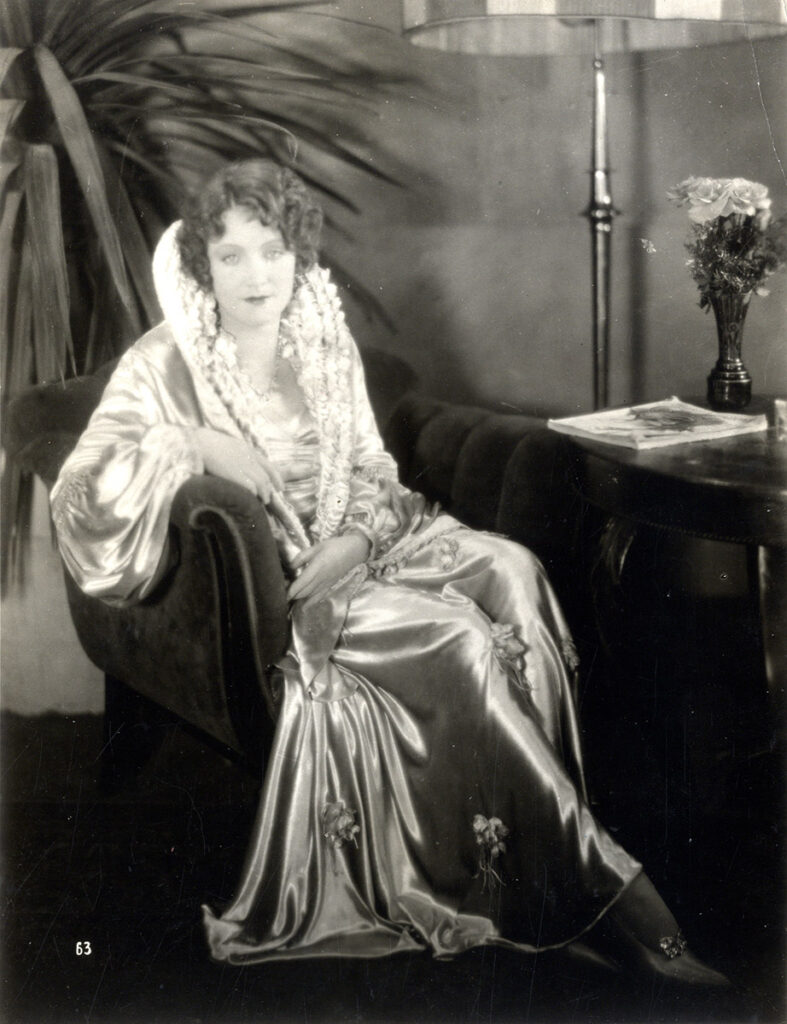 [Berlin, 1929]. Vintage original 7 1/2 x 9 1/2″ (19 x 23 cm.) black-and-white single weight glossy silver gelatin German photo. Pencil and ink markings on the back (which do not show through). Border was lightly trimmed for publication, about fine.

This rare image of pre-The Blue Angel Marlene Dietrich is attributed, as written on verso, to promote her early-1929 German release film Ich küsse Ihre Hand (Madame, I Kiss Your Hand). The sophisticated comedy was one of Dietrich’s few silent film starring roles.

Known on the cabaret circuits of Berlin, she was on the cusp of stardom. Just a few months after this film’s release she would audition for Josef von Sternberg, be cast in Germany’s first full-length talking film and become world renowned with THE BLUE ANGEL.