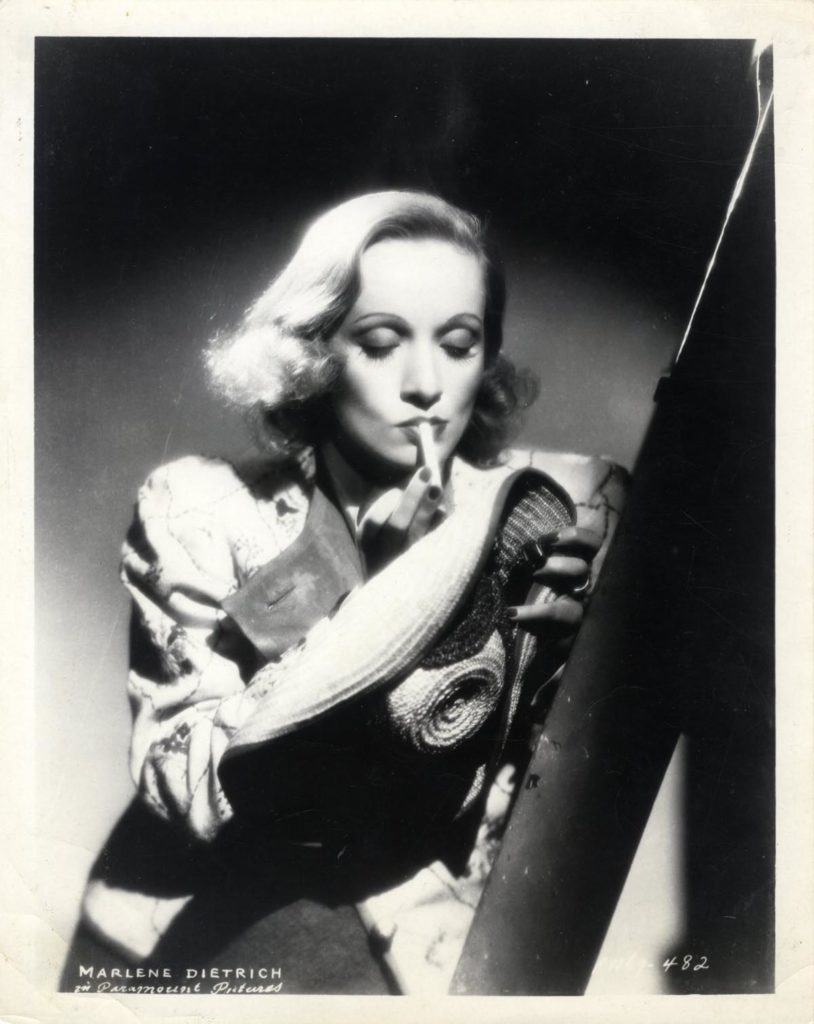 A stunning image of Dietrich at her most glamorous 1930s appearance. After five years of making films nearly exclusively with director Josef von Sternberg, she was allowed to work in various genres with different directors, including Borzage and Lubitsch. This portrait was most likely made during the months she was making the romantic comedy Angel.

As always, her styling is impeccable: she is wearing what is likely a suit by Travis Banton, her lighting and make-up flawless in creating her star illusion. The Paramount Pictures Marlene Dietrich byline is at the bottom left edge of the image and there is a production number at the right edge which appears to be “1167-482”.