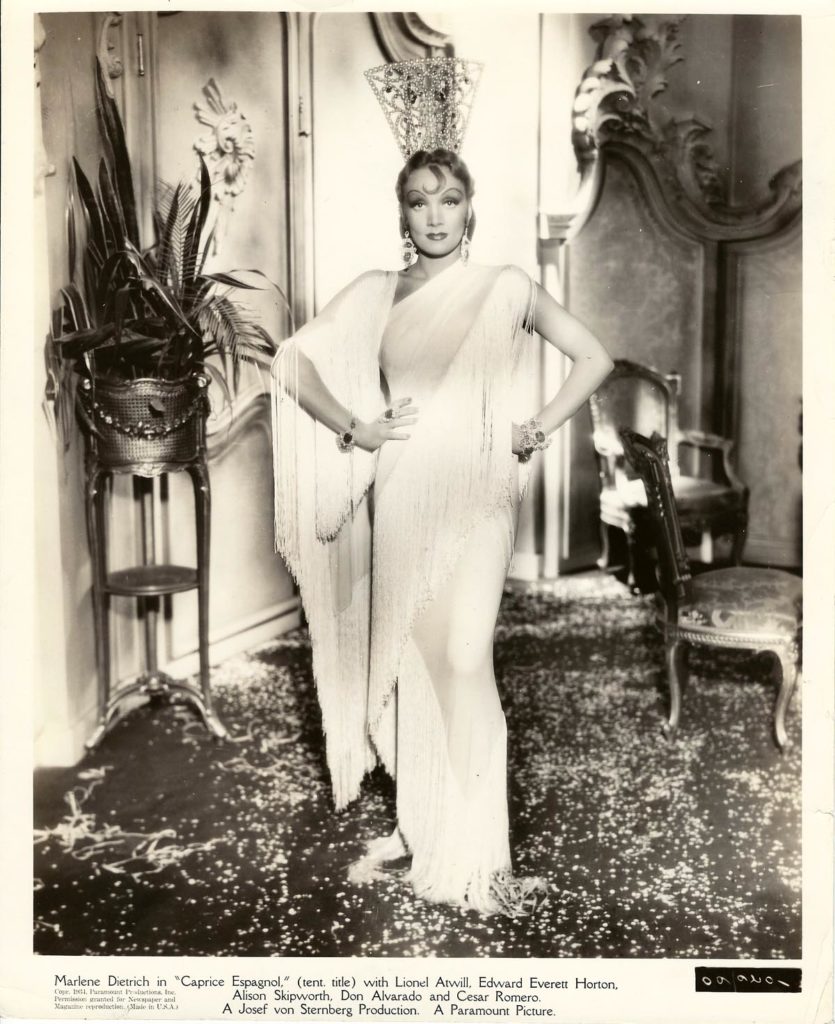 Certainly, Dietrich was photographed — by Sternberg exquisitely, and dressed by Travis Banton. St against a surreal Carnival in Spain, the story of a man’s obsession with the exotic Concha Perez is told in flashback. Still 1026-60 of Dietrich in outrageous white fringe beaded gown and outlandish head piece. Flawless condition, FINE.