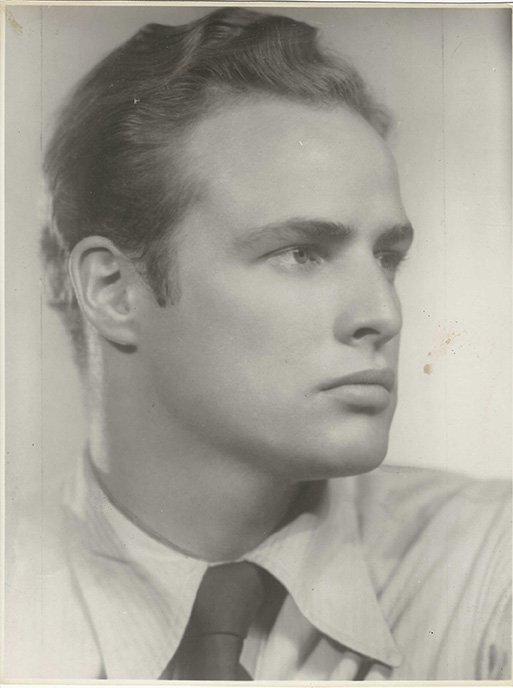 A very rare early headshot of Marlon Brando during his youthful period as an actor in New York.

Brando studied with Stella Adler and made his Broadway debut at age 20 in 1944’s I REMEMBER MAMA. Work with the Lunts and Tallulah Bankhead followed, as did even a screen test for Warner Brothers with Brando playing the title character for REBEL WITHOUT A CAUSE. It would be three years before Hollywood was ready for him and he instead created his iconic role of Stanley in A STREETCAR NAMED DESIRE on Broadway in the meantime.