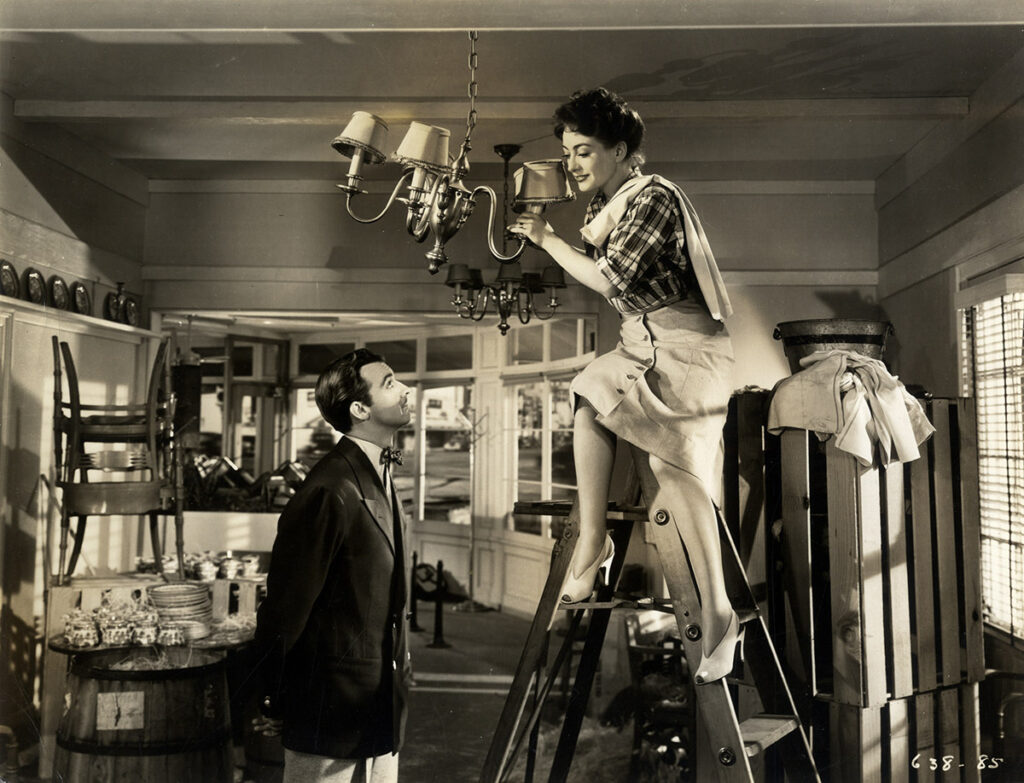 Joan Crawford as Mildred is in all three photos. Her co-stars Ann Blyth and Zachary Scott are each in two of them. One of them is the crucial scene at the police station at the film’s climax. Crawford won the Best Actress Oscar, and the film garnered five additional Oscar nominations.