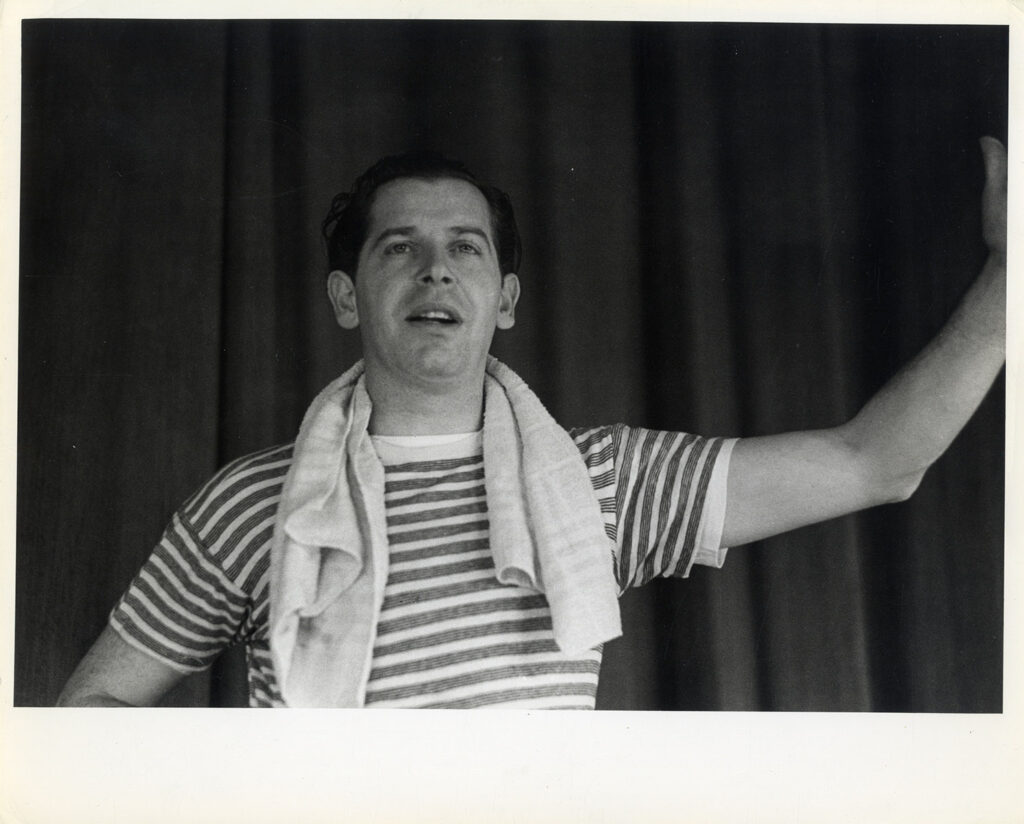 New York and Hollywood, ca. 1940s-1950s. Set of thirteen (13) vintage original black-and-white print still photos, mostly 8 x 10″ (20 x 25 cm.), three of them with promotional text affixed on back (of which one is loose), many with stamps of Dell Publishing Company and some also with dates penciled in on verso, one with printing reference in ink on verso, one with marginal staining, one with bent marginal blank corners, overall NEAR FINE.

— Berle with Robert Alda and two others at Warners’ celebration of the twentieth anniversary of sound, ca. 1945.

— Portrait of Berle in striped T-shirt and towel, with penciled date of 1949 on verso. Berle had become the star of Texaco Star Theatre in 1948, and became the first star of the new medium of television.

— Promotional photo of Berle with two starlets for the movie Always Leave Them Laughing, 1949.

— Photo of Berle on his TV show. His regular cast member Arnold Stang is on his right, ca. 1950.