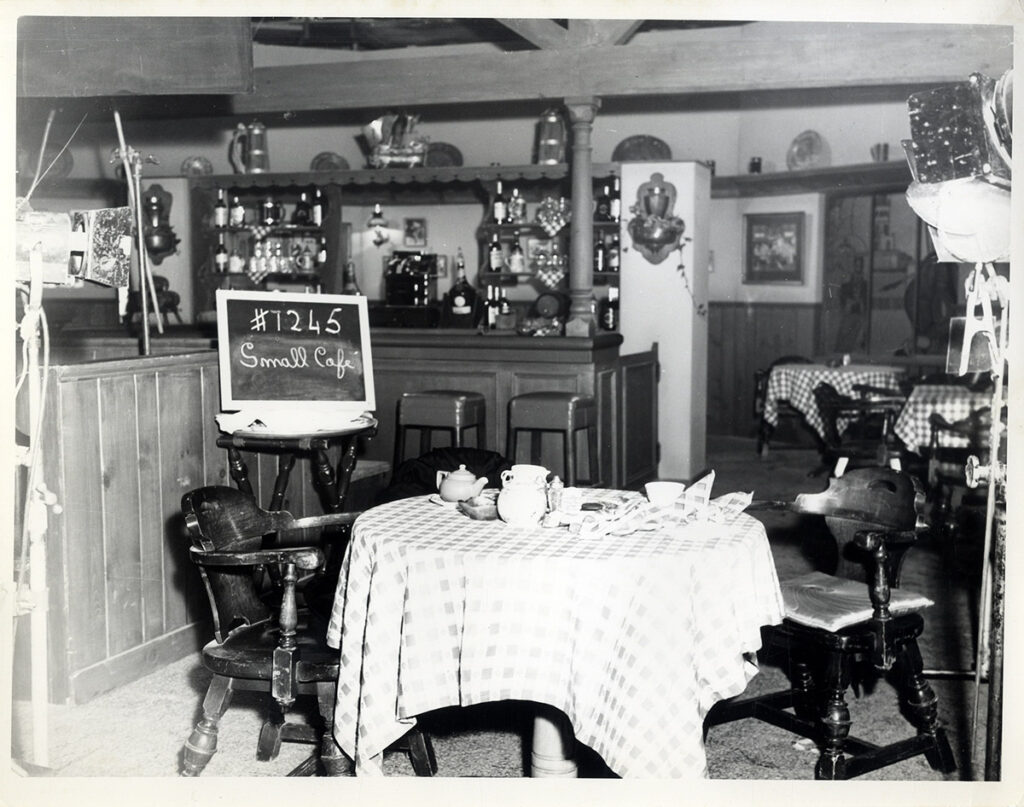 Silver and Ward, p. 190: “What distinguishes THE MOB… is its depiction of the ruthless hard-boiled character of both the police and the criminals. At times it becomes hard to differentiate between the undercover cops and the mobsters.” Grant, p. 430.

A group of set reference photos which portray these interior sets: