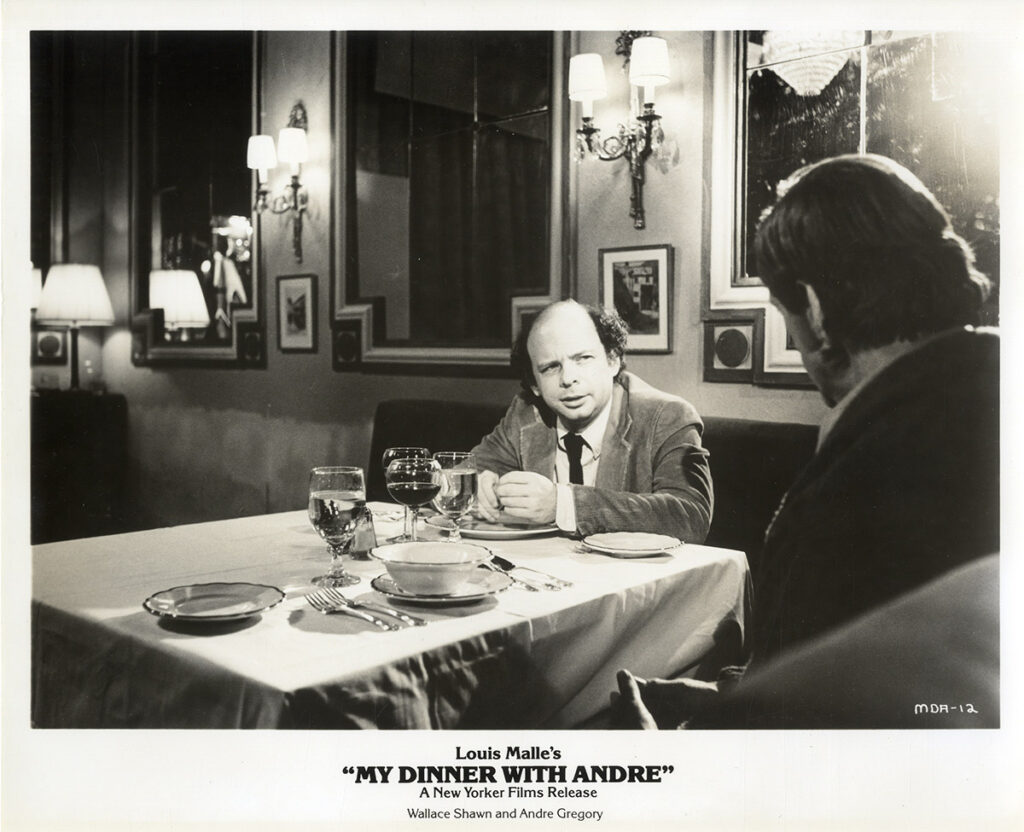 Louis Malle directed Andre Gregory and Wallace Shawn in this unique film, in which the two of them (who filmed conversations over a period of months, which were eventually edited into this movie) discuss experimental theatre, the nature of theatre, and the nature of life. Sets of photos from this film are very uncommon, as it had a very limited theatrical release.