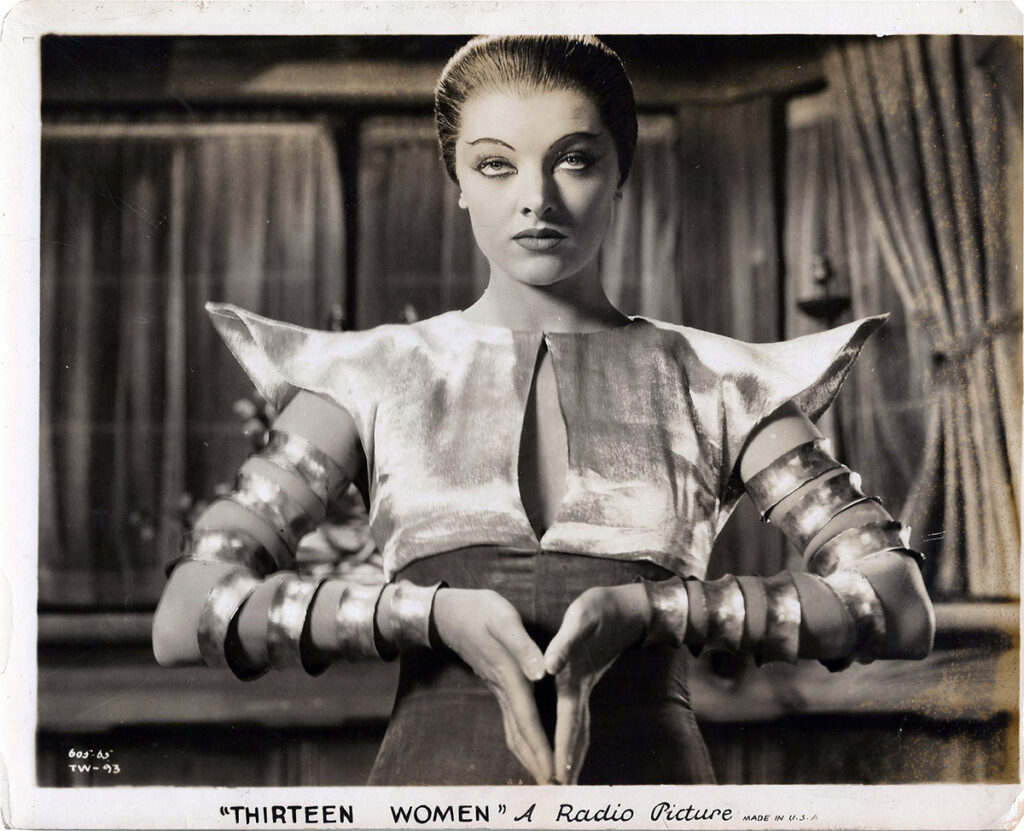 Prior to her beloved MGM perfect wife characterization and in pre-Code, pre-politically correct Hollywood, Myrna Loy played several villainous characters, often of Asian descent. She plays the vengeful half-caste Ursula Georgi who, through hypnosis, predicts and arranges the deaths of those classmates who had her expelled from their exclusive women’s university through their bigotry.

This is an exquisite image of Loy in her full exotic makeup and hair, with eccentric costume by Josette De Lima. Portrait is likely by Eugene Richee. Coded #TW-93.