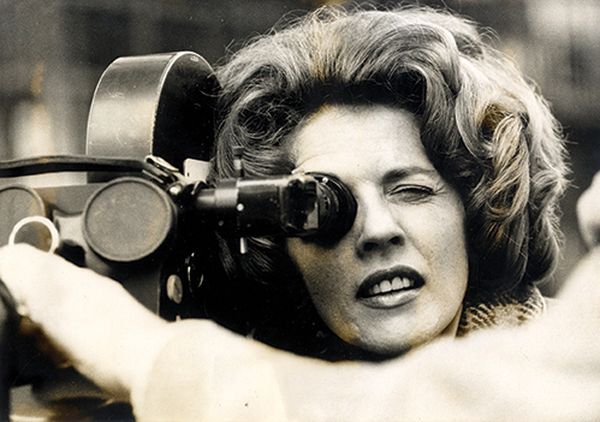 Nelly Kaplan is an Argentine-born screenwriter and film director who emerged in French cinema with her first feature, La fiancée du pirate, in 1969, Her often erotically-charged films reflect a woman’s perspective.

This photo was taken early in her career.