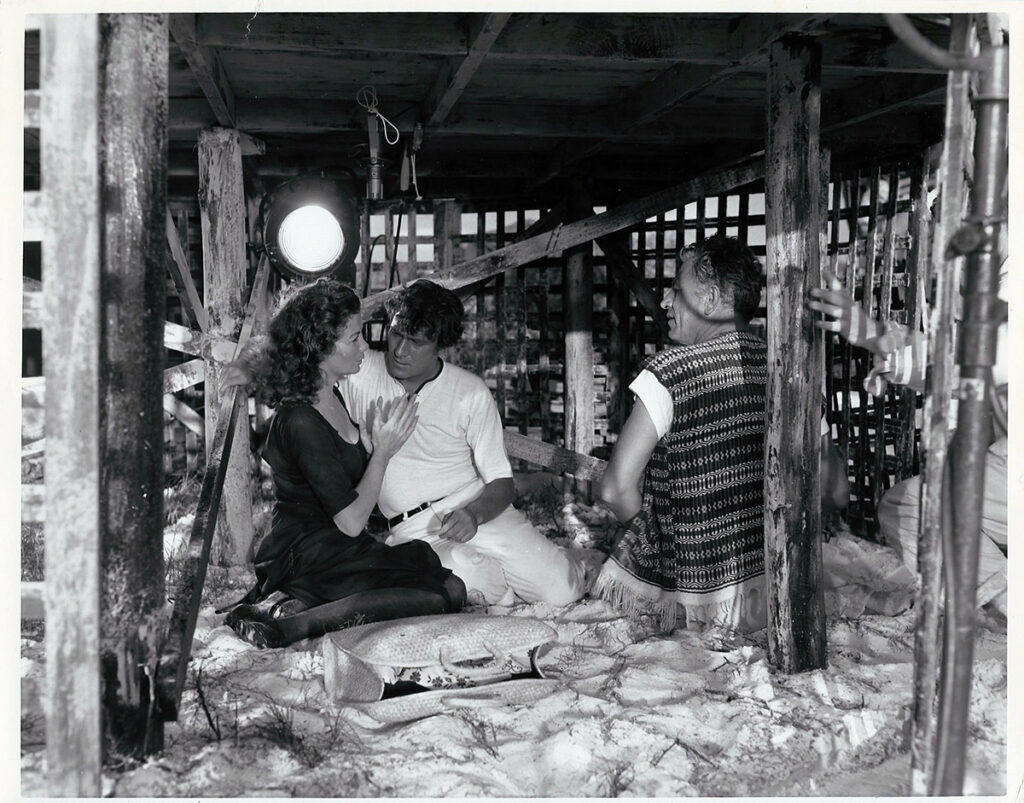 Nicholas Ray directing a scene with Christopher Plummer and Chana Eden for this very early film to have an ecological theme. Ray’s substance abuse problems became so severe during this film that producer Budd Schulberg finally had to dismiss him.