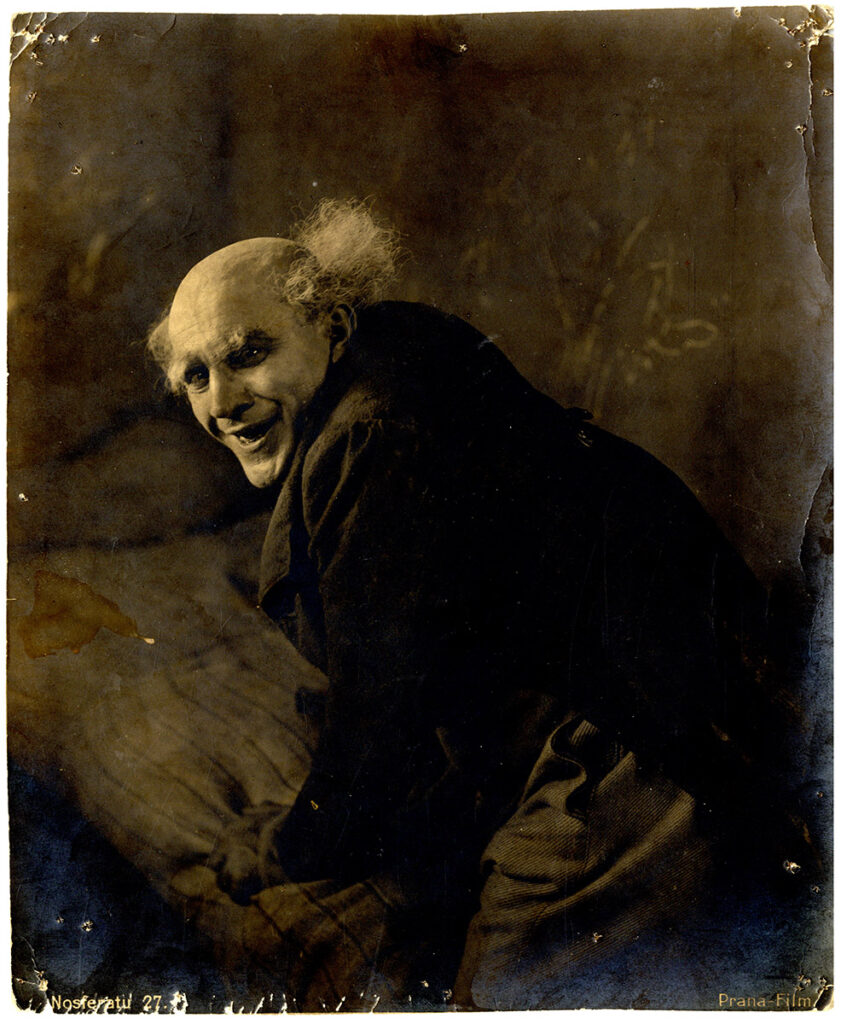 The Bram Stoker estate sued the film’s producer, Prana Film, for unauthorized copyright infringement from Stoker’s novel Dracula, and won. The German court ruled that all prints of the film and all posters and advertising paper be destroyed. Fortunately, one print of the film survived. But any original German photos from this film are extremely scarce.