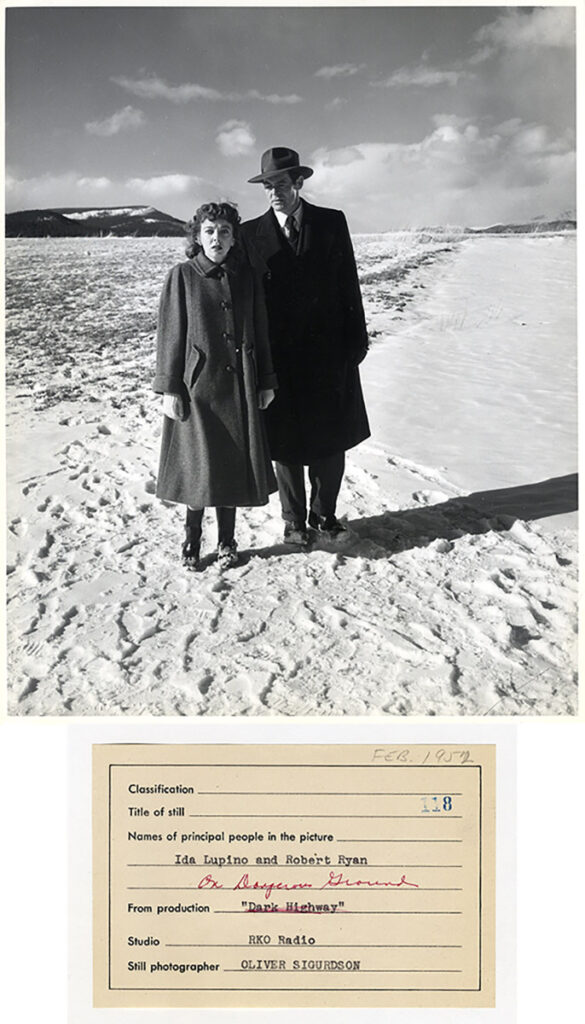 Nicholas Ray directed Robert Ryan and Ida Lupino (who wound up directing much of the film, although uncredited) in this film noir.

Silver, Ward, Ursini, Porfirio, pp. 216-7: “Nicholas Ray’s visual treatment of despair and salvation is one of the most moving in film noir… The structural division of the film is in two parts: city and country. It creates a narrative framework of a journey that is literally from city to country and, subtextually, an inner journey of self-realization.” Grant, p. 478. Selby, p. 91.