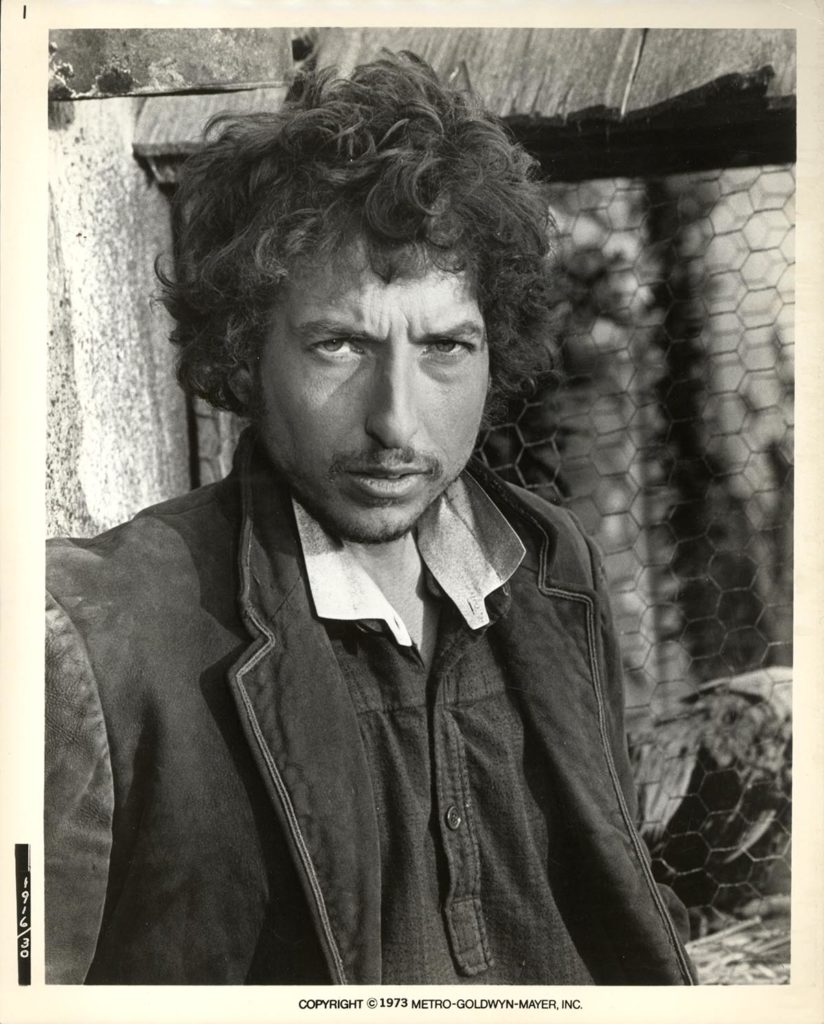 Bob Dylan, who plays an enigmatic character, is in four of the ten photos, and two of those four photos have studio text in blue ink on verso. Three other photos also have studio text, making for a total of five which do. One photo has light marginal markings for publication. One photo has a few small marginal tears. Overall, VERY GOOD+ OR BETTER.