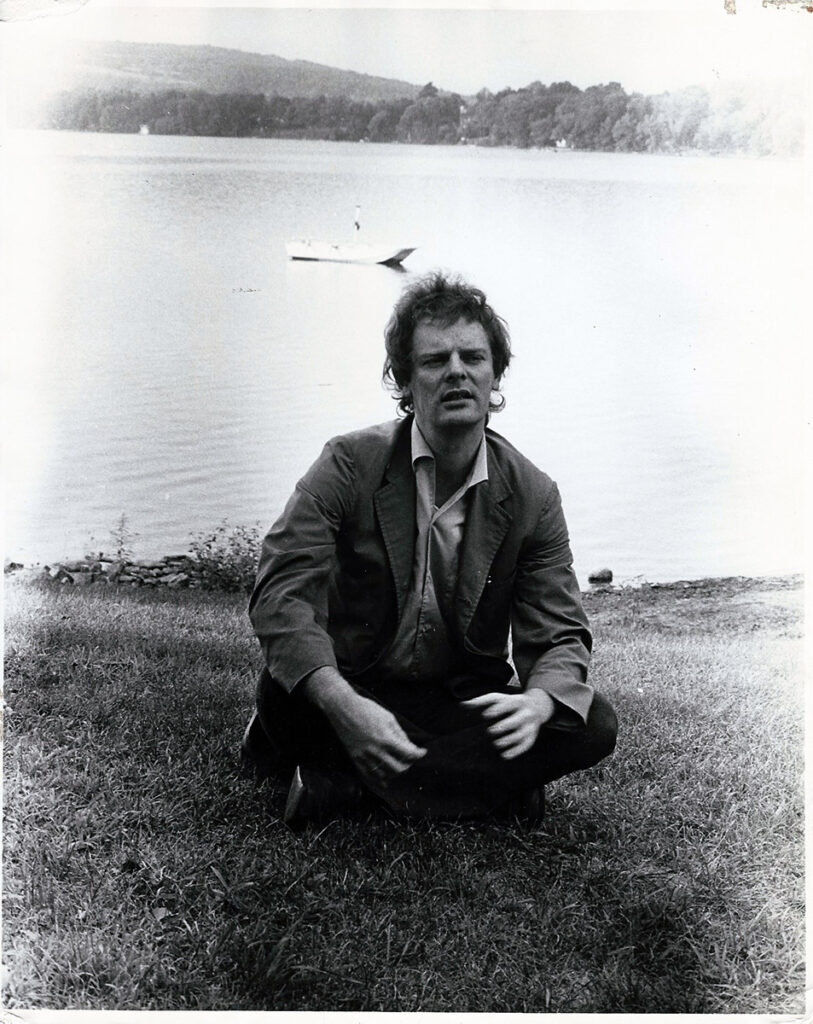 Np: Amalie Rothschild, 1970. Vintage original 10 x 8″ (25 x 20 cm.) black-and-white photo. Photographer stamp and photo agency sticker on verso, as well as a sticker indicating the photo was taken in 1970 at the Flaherty Seminar. Near fine.

By 1970, Paul Morrissey had directed two of the three films in his trilogy with Joe Dallesandro (FLESH and TRASH) which won him acclaim. Early portraits of him are quite scarce.