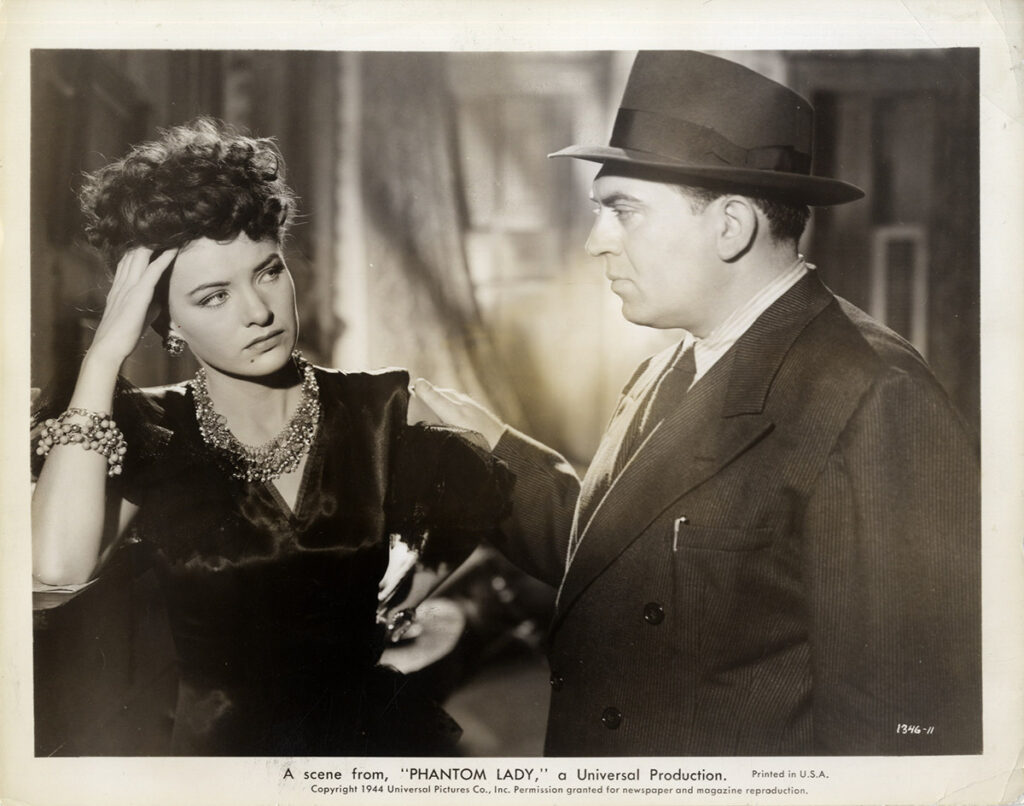 Director Robert Siodmak’s first venture into film noir territory, and an acknowledged classic B-movie noir film. In this film adaptation of Cornell Woolrich’s novel, young Manhattan secretary (Ella Raines) endeavors to prove that her boss did not murder his wife and seeks out a mysterious woman who could prove his innocence.