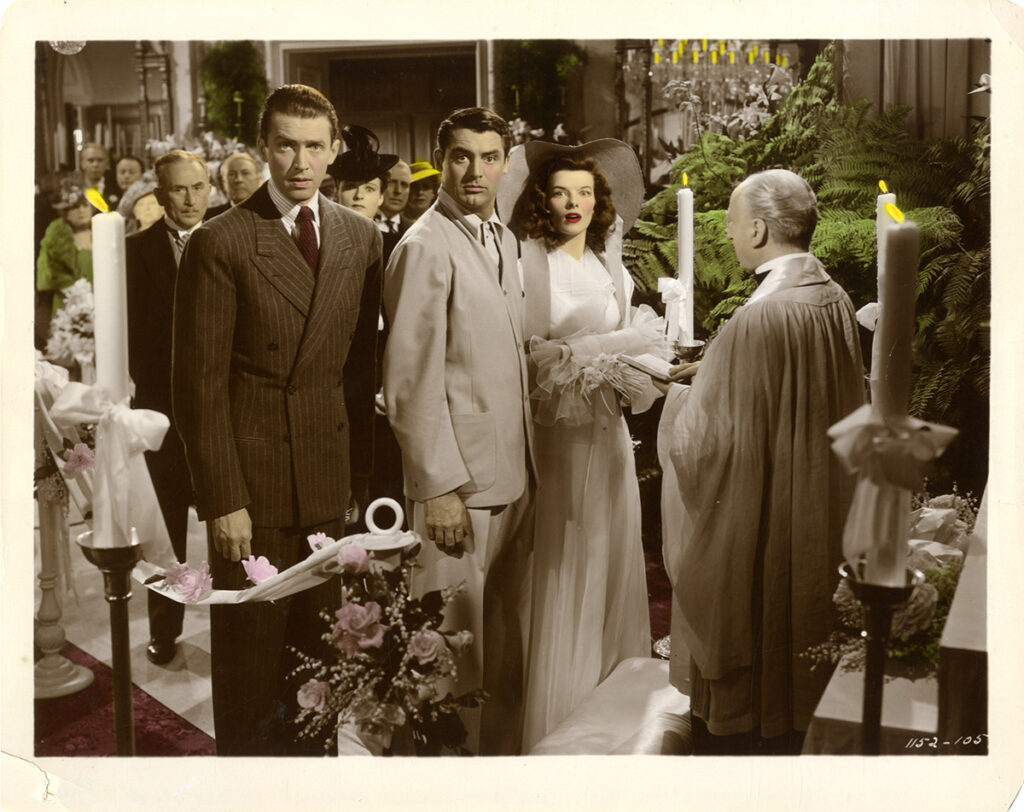 Ultra rare color-glos edition of the film’s very last shot in which the actors are caught in candid surprise during the finale wedding. This still photo is that shot which actually ends the movie; it is particularly rare in this format.

This is the great Phillip Barry comedy which revived Katherine Hepburn’s stage career first and then her film career when she bought the rights to the play and brought it to MGM, where it was a huge Academy Award-winning success and resulted in her work at the studio for more than ten years.