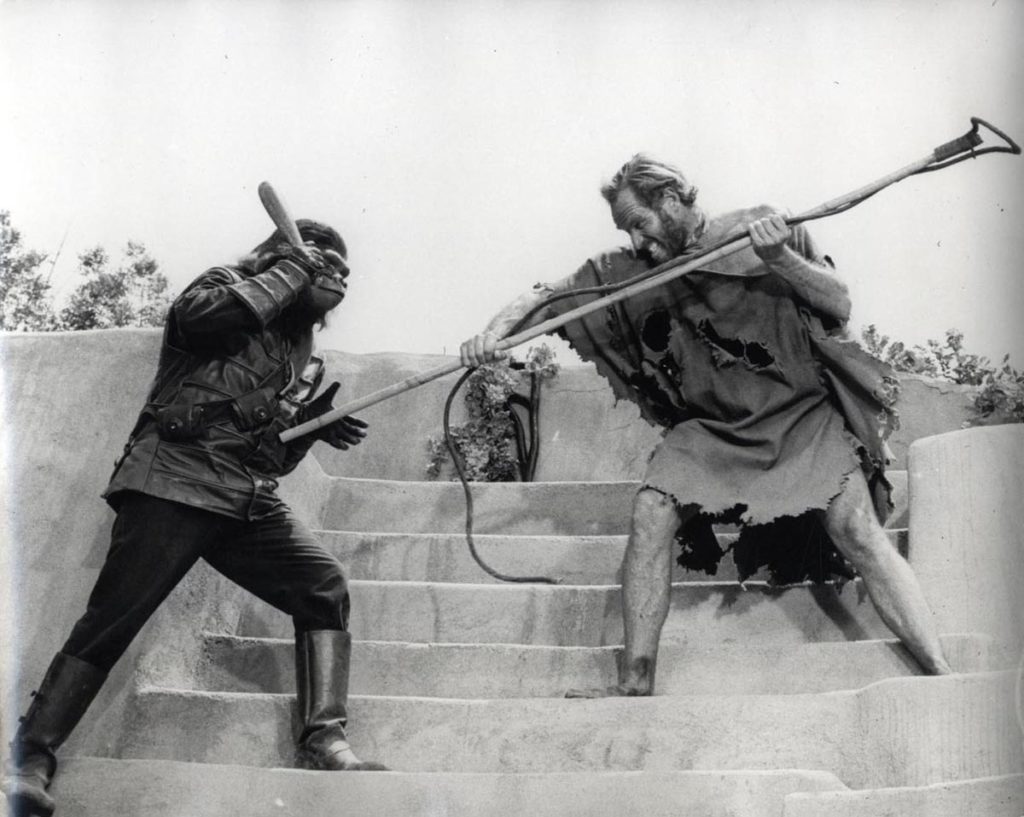 The epic science-fiction thriller, based on the novel La Planète des singes by French author Pierre Boulle, which spawned a franchise, now a modern day classic. An astronaut crew crashes on a foreign planet of the future where intelligent talking apes are the dominant species and humans are oppressed and enslaved.

These stills were for use in France during the film’s first run and illustrate the fight to capture Charlton Heston (as George Taylor) by the apes. Each still is ink stamped “1968” on the verso with the title and publishing instructions in French.