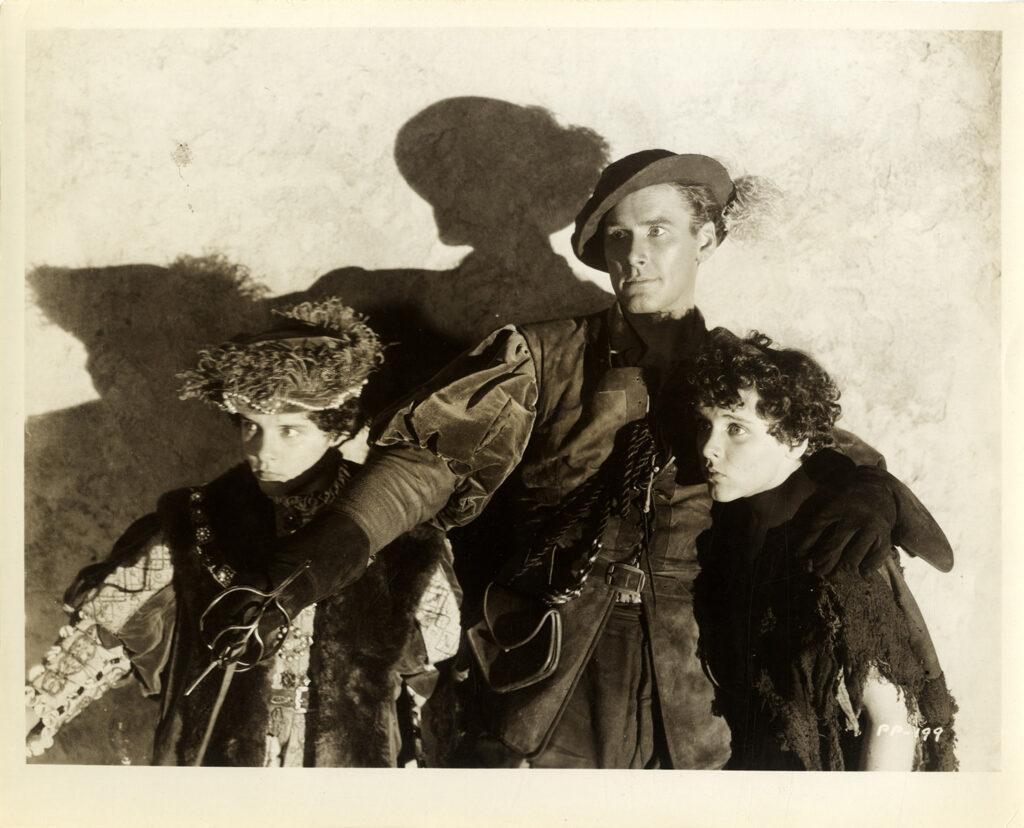 PRINCE AND THE PAUPER, THE (1937) Errol Flynn and Mauch brothers

A portrait of Errol Flynn with Billy and Bobby Mauch. After a couple of years of obscurity, he burst into prominence when he starred in Captain Blood (1935). The Prince and the Pauper was only his fourth starring role in Hollywood.