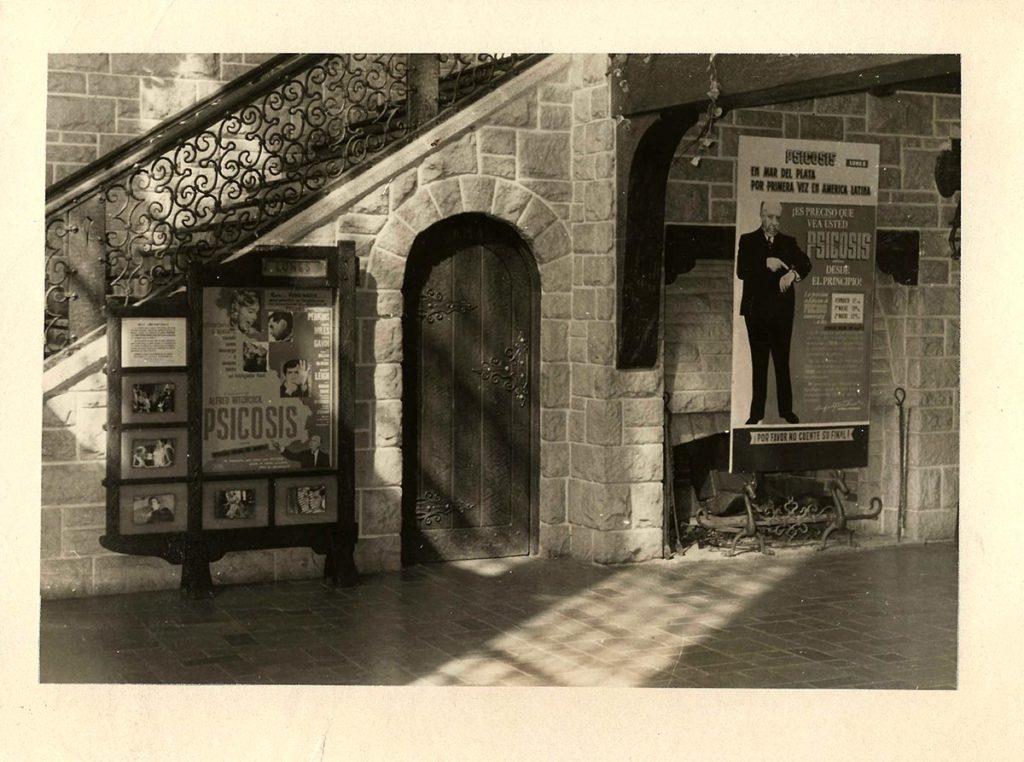 A very unusual exterior display for the film during its first release in Spain during the spring of 1961. In Spanish-speaking countries the film was titled Psicosis. Hitchcock was so popular in these countries by 1960 that his image would greatly enhance the selling of a film. The famous cut-out of Hitchcock pointing to his watch was installed inside and outside all theatres showing the film, indicating that no patrons would be allowed into the theatre once the film had started.

Two different posters and five lobby cards for the film are displayed in this image.