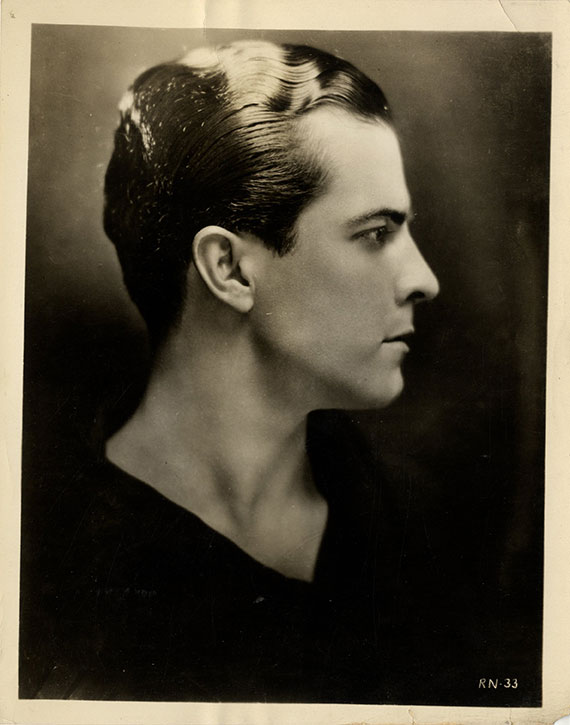 Novarro was born in Durango, Mexico. His family moved to Los Angeles in 1913 fleeing from the Mexican Revolution. He entered silent films in bit parts in 1917. By the mid-1920s, with the death of Rudolph Valentino, he was acclaimed as the screen’s leading “Latin lover”. His popularity waned by the mid-1930s when MGM did not renew his contract. Novarro was a closeted gay man, and he refused studio head Louis B. Mayer’s request to enter into a sham so-called “lavender marriage”, which was almost certainly one factor in the effective end of his career.

Profile shot of the handsome star coded RN-33. Text refers to Novarro’s upcoming film THE RED LILY, and to his success in getting the highly-coveted lead role of BEN-HUR, which would be released in 1925.