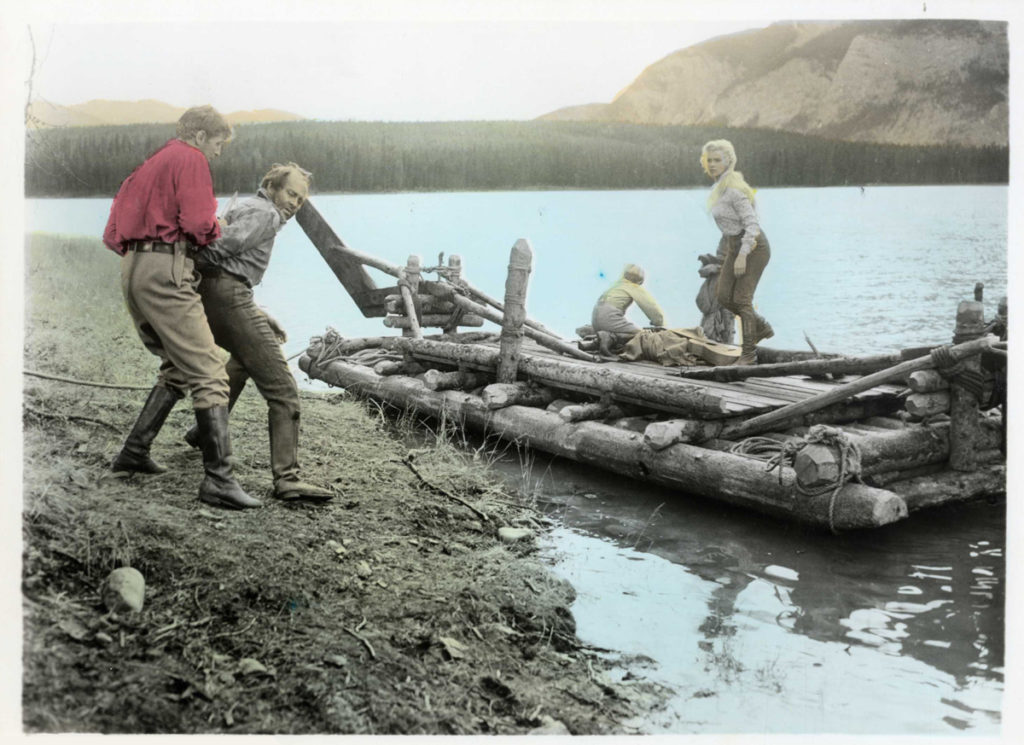 RIVER OF NO RETURN (1954) Color-tinted photo

Adventure epic filmed on location in the Canadian wild. Story of a man and his son living on a remote farm who are approached by a gambler and his wife on their journey to a mine claim. The gambler steals a gun and leaves his wife behind. She, the farmer and the son set out to find him, encountering Indian attacks and a wild river along the way.

Problems occurred on the location sets when director Preminger insisted the stars do their own stunts, which resulted in Monroe’s near drowning and spraining her leg. This Cinemascope Western was a big hit.